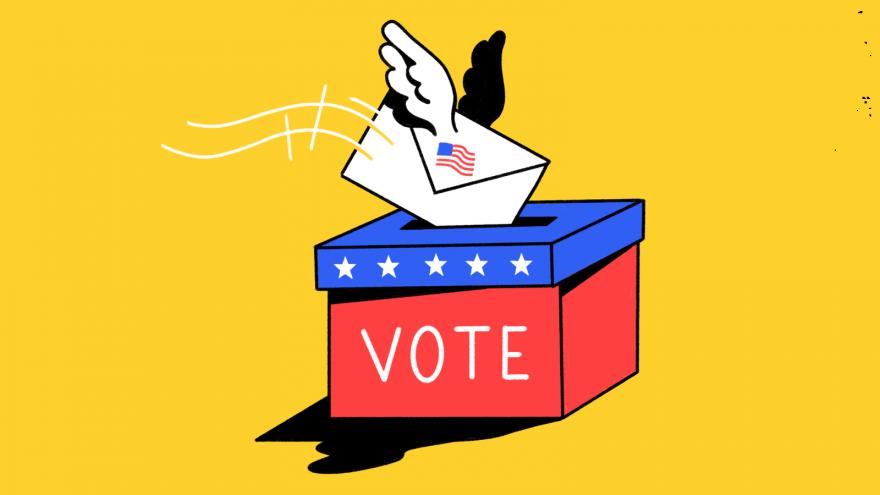 (CNN) -- Voters are casting ballots early in record numbers this year amid the pandemic -- and that's prompting concerns that it might wind up taking longer than expected to get election results, as officials process millions more mail-in ballots than usual.

The reality is that most states can begin processing absentee ballots in some form before Election Day, which could help avoid delays in reporting results.

But in three critical battleground states -- Pennsylvania, Wisconsin and Michigan -- officials aren't allowed to start processing early ballots until on or just before Election Day itself, which could delay not just their state results but also, if the Electoral College count is close, potentially leave the whole presidential race up in the air.

In Pennsylvania and Wisconsin, absentee ballots cannot be processed until the morning of November 3. More than 1 million ballots have been cast in each state already, but the backlog might be more pronounced in Pennsylvania, which expanded mail voting to all voters this year. Alabama and Mississippi also do not begin to process absentee ballots until Election Day.

In Michigan, some large cities may begin processing their ballots on November 2, but officials have warned that they don't expect to have everything tallied until Friday, November 6 -- which could leave the public awaiting results from a competitive battleground that President Donald Trump won by less than half a percentage point last cycle.