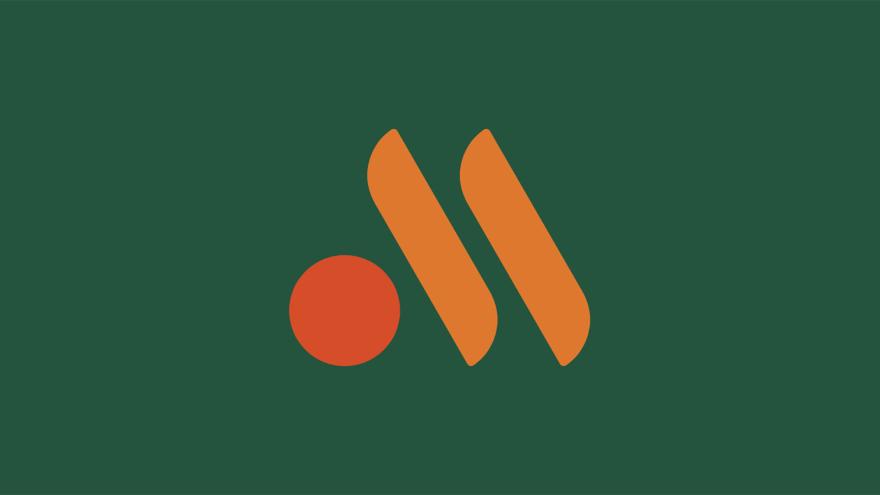 (CNN) -- The golden arches and Big Mac may have gone, but Russians saw 15 McDonald's restaurants reopen on Sunday under new branding and ownership, according to its owner Alexander Nikolaevich Govor.

The American fast-food giant has been renamed "Vkusno & Tochka," which translates to "Tasty and that's it."

"If you recall, in May, McDonald's announced they were removing their businesses from Russia. I am very proud that they chose me to continue developing this business. That means the company views me as someone who fully shares all the principles of business and values of McDonald's," Govor said at a press conference.

"I won't hide the fact that I am an ambitious man, and so I am not just going to simply open up all 850 restaurants but I am going to develop new ones as well," he said.

According to a press release, 62,000 former McDonald's employees were also retained.

The rebranding coincided with Russia Day, a holiday marking the country's independence. It took place at the same location in Moscow's Pushkinskaya Square, where McDonald's opened its first Russian restaurant on January 31, 1990.

On the first day, 30,000 people were served -- a McDonald's record for an opening day, the CBC reported at the time. The location even had to stay open for hours later than planned because of the crowds.

About 630 employees were chosen out of 27,000 applicants, according to a 1990 Washington Post article.

"Approximately 32 years ago...there were a lot of people on Pushkinskaya Square, when the first McDonald's franchise opened here in Russia. It caused quite the craze. I think the craze will be just as big with this new chain of restaurants, with a new owner, a real entrepreneur," Alexei Alexeevich, the Head of the Department of Commerce of Moscow, said during a press conference on Sunday.

McDonald's subsequently expanded its reach within the country and as of early March, there were about 850 locations operating in Russia.

However, the chain decided to leave the country and sell its Russia business, in line with many other Western businesses following Russia's invasion of Ukraine, which began in February.

McDonald's accepted a charge of almost $1.4 billion after the sale to Govor, Reuters reported. Paroev has said other franchises could work under the new brand, but the traditional McDonald's brand will leave the country.

Russia's anti-monopoly service said the chain could elect to buy its restaurants in Russia back within 15 years, although many terms of the sale to Govor are still unclear, Reuters also reported.

"If the opening of McDonald's in 1990 symbolized the beginning of a new era in Soviet life, one with greater freedoms, then the company's current exit represents not just a closing down of business, but of society as a whole," Darra Goldstein, Willcox B. and Harriet M. Adsit professor of Russian, emerita, at Williams College, noted at the time.

The company's new logo shared with CNN has "the main symbols of the restaurant" depicted on it — what is supposed to be two sticks of yellow fries and an orange burger. The green background, the press office told CNN, symbolizes "the quality of products and service that guests are accustomed to."

Consumers flocked outside what used to be McDonald's flagship store in central Moscow on Sunday, Reuters reported.

Although "Vkusno & Tochka" does not offer some of the most recognizable items on the McDonald's menu -- including a Big Mac -- customers could still purchase a double cheeseburger for 129 roubles (about $2.30), compared with roughly 160 under McDonald's, and a fish burger for 169 roubles, instead of about 190 rubles previously.

Despite the some of the menu changes, the composition of the burgers and the McDonald's equipment remains the same, said Alexander Merkulov, quality manager at the new company.

CNN's Fred Pleitgen was at the opening and spoke to Sergey Vlasov, a 19-year-old patron who was donning a "Z" hat -- a reference to a symbol used by Russian troops amid the war in Ukraine.

Vlasov told CNN he didn't think it was a contradiction to be showing his support for Russian forces in Ukraine, while eating American-style fast food.

"Food and politics have nothing in common," he said.

Vlasov said he believes McDonald's withdrawal from Russia is "an economic measure holding us back."

"I see it as clear as day and I know what has to be done and I don't mind it, I know it is just how this has to be because the rest of the world sees us as aggressors which we are, we invaded a sovereign state by law," he added. "But also by law we protected a nation who is fighting for their own sovereignty, so there is a lot of issues right now...I am just here to enjoy some good old McDonald's, man."

Artem Kirienko, another customer, told CNN that his double cheeseburger from Vkusno & Tochka was "almost the same" as the ones served in McDonald's.

"That's not what I was expecting," he said, adding that he plans on coming to the restaurant at least once a week.

When asked if he thinks the rebranded chain will satisfy Russian customers, he said: "It's ok ... for these challenging times."

Kirienko's wife, Yekatarina, said that even though she's not a fan of McDonald's, she was keen to try a hamburger from Vkusno & Tochka because of the novelty surrounding the rebranded chain.

"It is nice to have it, just to go and eat sometimes," Yekatarina told CNN.

However, she said she's skeptical of whether or not the new restaurant will live up to the expectations of its customers.

"I think we should take a look how it would be, how it will work, will people like it or not, I think it is not a good idea because Mcdonald's is a history, it's a brand," she said.

An earlier version of this story incorrectly stated how many McDonald's restaurants reopened on Sunday. It was 15.