Rayshard Brooks' final moments were caught on video. Here's what the footage shows 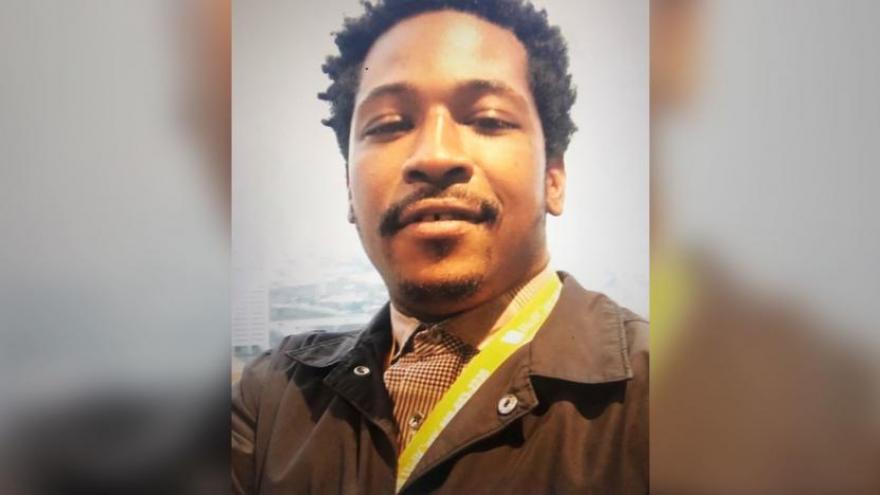 The death of Rayshard Brooks at the hands of a white Atlanta police officer has already resulted in a litany of consequences for the city.

(CNN) -- The death of Rayshard Brooks at the hands of a white Atlanta police officer has already resulted in a litany of consequences for the city.

Brooks' death not only sparked protests this weekend, but also prompted the sudden resignation of Atlanta Police Chief Erika Shields. The officer who shot Brooks, identified by police as Garrett Rolfe, has been fired, and a second officer involved in the encounter, Devin Brosnan, has been placed on administrative duty. CNN has reached out to the officers and police union for comment.

"There is a clear distinction between what you can do and what you should do," Mayor Keisha Lance Bottoms said in a news conference Saturday. "I do not believe this was a justified use of deadly force."

Plenty of questions are unanswered, perhaps chief among them whether the officers will face charges. But several videos that captured Brooks' final moments in a Wendy's parking lot Friday night at least shed some light on how the 27-year-old father was killed.

According to the Georgia Bureau of Investigation, police responded to the Wendy's following reports that a man was asleep in his vehicle in the drive-thru.

The beginning of the incident is seen in footage from a body camera worn by Brosnan. The footage shows the officer arriving at the scene and approaching Brooks' vehicle in the drive-thru line. According to the timestamp on the camera, it's just after 10:40 p.m. ET on Friday.

Brooks is apparently asleep behind the wheel, and Brosnan knocks on the window to wake him up. The officer opens the door and says to Brooks, "Hey man, you're parked in the middle of the drive-thru line here." At first, Brooks does not appear to respond.

When he does wake up, Brooks appears disoriented and incoherent. Brosnan asks whether he's tired and then tells Brooks to pull over into a parking spot. Eventually, Brooks moves the vehicle after some more prodding from the officer, who had to wake Brooks a second time.

Brosnan approaches Brooks' parked vehicle and asks him whether he's been drinking. Brooks tells the officer he had only one drink. As Brooks searches for his license, Brosnan radios to make several requests for another officer to conduct a DUI test.

At one point, Brooks tells Brosnan that he's visiting.

"Who are you visiting?" the officer asks.

A few minutes later, Rolfe arrives on the scene. After a quick explanation from Brosnan, Rolfe begins questioning Brooks as to how he got there. Brooks insists he doesn't remember being in the drive-thru line, and it appears he doesn't know where he is.

A few minutes after 11 p.m., Rolfe begins a field sobriety test. Brooks asks, "What should I do, sir?"

After several tests, Rolfe asks Brooks how he feels on a scale of 1 to 10.

Rolfe then uses a Breathalyzer on Brooks, who explains he had been drinking and that it was his daughter's birthday.

"I think you've had too much to drink to be driving," Rolfe says. "Put your hands behind your back."

But as Rolfe attempts to handcuff Brooks, a struggle ensues.

It's hard to discern what's happening in footage captured by cameras worn by Brosnan and Rolfe. Both body cameras fall off in the altercation.

But dashcam footage from the officers' cruisers shows the three men on the ground struggling with each other. The footage from Rolfe's dashcam shows Brosnan readying his Taser as Rolfe holds Brooks from behind.

"You're going to get Tased," one of the officers says.

Another video filmed by a bystander in the drive-thru begins shortly after the struggle starts and shows Brooks grab the stun gun.

The struggle continues as one of the officers says, "Stop fighting."

Eventually, Brooks gets hold of the Taser and breaks free. As he stands up, he hits Rolfe in the face.

Rolfe steps back and unsheaths his own Taser, which he fires on Brooks as the man runs away, with Rolfe close behind.

Only one camera, a surveillance camera from outside the Wendy's, captured what the others did not: the moment the encounter turned fatal.

In the surveillance video released by the GBI, most of Brooks' encounter with the police occurs just out of frame.

But as Brooks runs from the officers, he comes into view of the surveillance camera, followed by Rolfe. Both are carrying Tasers.

As he follows Brooks, Rolfe is seen switching the Taser from his right hand to his left, and reaching for his gun.

At that moment, Brooks turns back and appears to point the Taser at Rolfe, who unholsters his handgun and fires.

The footage shows Brooks fall to the ground.

While the surveillance camera filmed the moment Brooks fell, it did not include sound. But all the other cameras captured the sound of three gunshots.

The surveillance footage shows cars in the drive-thru pull into parking spots. Some of the drivers step out of their vehicles and film the scene.

After a few moments, the officers attempt CPR. More officers and an ambulance soon arrive.

Body camera footage also captured audio of bystanders berating the officers, with one telling them, "Both of your careers are definitely done, because you just shot a man, for no reason."

Brooks was taken to a hospital, where he died, according to the GBI, which is investigating the incident at the request of the Atlanta Police Department.

L. Chris Stewart, an attorney for Brooks' family, said the officers did not have to shoot Brooks, adding that a Taser is not a deadly weapon.

"If the officer had been a bit more empathetic and a bit less scared, we probably wouldn't have a dead client," Stewart said.