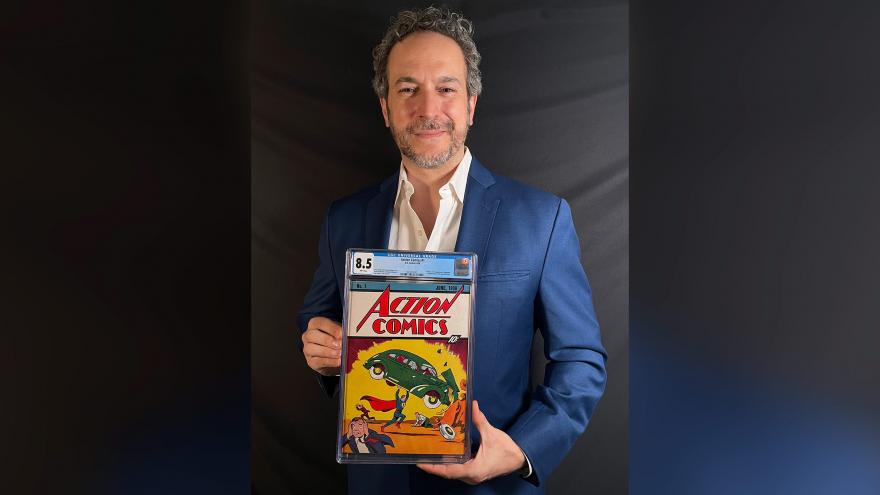 (CNN) -- An "exceedingly rare" copy of a comic book that introduced Superman for the first time has sold for a record-breaking price.

The issue of "Action Comics #1," which sold for 10 cents when it was originally released in 1938, was auctioned Tuesday for $3.25 million according to a press release from online auction house ComicConnect.com.

This particular copy was "buried in a stack of old 1930s movie magazines" and was in mint condition. It has been sold at least three times before, including most recently in 2018 for more than $2 million, the broker said.

As for the copy sold this week, the seller made a $1 million profit after owning it for just three years. The name of the new buyer wasn't disclosed, but the release said the new owner is "relatively new to comic investing."

"This is an 83-year-old comic book in near-pristine condition—and it's a sight to behold," said Vincent Zurzolo, coowner of ComicConnect, in the release. "Not to mention, this book launched the superhero genre that's such a huge part of our culture."

Collectibles, such as comic books and trading cards, are increasingly growing in value for investors.

"With all collectibles on the rise, plus crypto currencies and NFTs minting new millionaires almost daily, we expect to see comic prices increase as they look for new places to park their money," said Zurzolo.