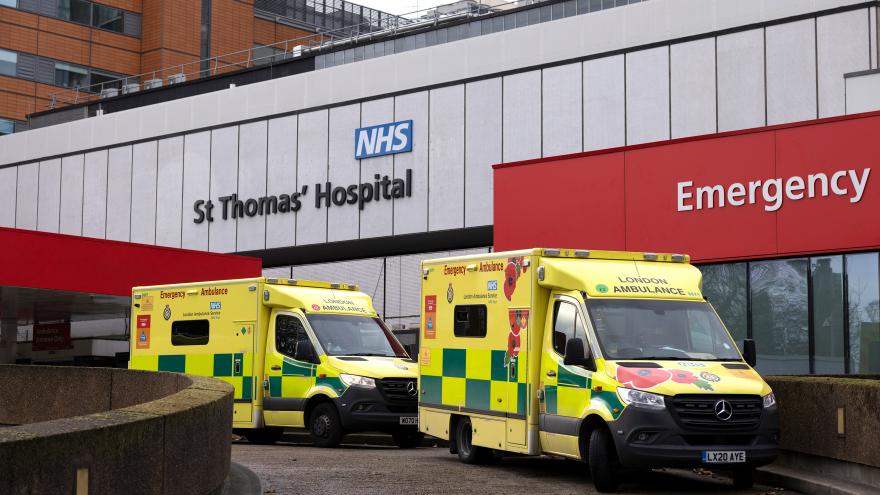 (CNN) -- A rare case of monkeypox has been diagnosed in a patient in England, the UK Health Security Agency said in a statement Saturday.

Monkeypox is a rare viral infection which does not spread easily between people, the agency said, qualifying the overall risk to the general public as "very low."

"The infection can be spread when someone is in close contact with an infected person; however, there is a very low risk of transmission to the general population," the statement read.

The patient is believed to have contracted the infection in Nigeria, the UKHSA said, before recently traveling to the UK. He or she is receiving treatment in London at the expert infectious disease and isolation unit at the Guy's and St Thomas' NHS Foundation Trust.

The UKHSA said it would contact people "who might have been in close contact with the individual to provide information and health advice," as a precautionary measure.

Monkeypox is a relative of smallpox, which was eradicated in 1979, but is less transmissible and less deadly. According to the US Centers for Disease Control and Prevention, "The main difference between symptoms of smallpox and monkeypox is that monkeypox causes lymph nodes to swell while smallpox does not."

Rodents, including animals kept as pets, and monkeys can carry monkeypox and transmit it to people. The CDC investigated one case in a traveler to Dallas last year.

Forty-seven people in the US were infected with the virus in 2003 in an outbreak traced to a shipment of small mammals from Ghana sold as pets. There was a smaller outbreak in Britain in 2018.