Rapper Kodak Black arrested during a traffic stop in Florida 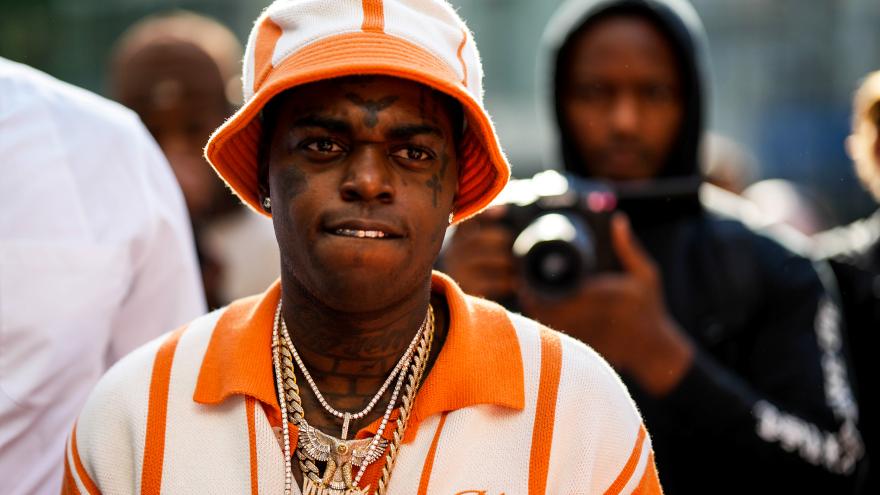 Black, whose real name is Bill K. Kapri, was driving a purple Dodge Durango with an expired license when Florida Highway Patrol spotted the car had windows tints "which appeared to be darker than the legal limit," police said in a news release. It was also discovered during a records check that the vehicle's registration was expired.

As police searched the car, they found nearly $75,000 in cash and a small clear bag that contained 31 white tablets of oxycodone, according to the release. Oxycodone is a type of an opioid drug that treats pain and can become highly addictive, according to the CDC.

Black, 25, was taken to the Broward County Jail, where online records show him in custody Saturday morning.

"Never judge a case based on an arrest. There are facts and circumstances that give rise to a defense, especially in this case," said Cohen. "We negotiated a bond of $75,000 and we will move forward with resolving the matter quickly."

Black was raised in Pompano Beach, Florida. His breakout hit was "Tunnel Vision," which became his first top 10 song on the US Billboard Hot 100 charts.

In November 2019, Black was sentenced to more than three years in prison on weapons charges after he pleaded guilty to knowingly making false written statements when trying to acquire firearms from a federally licensed firearms dealer.

On his last day in office, former President Donald Trump commuted Black's weapons sentence, calling the rapper a "prominent artist and community leader," in a statement released by the White House.