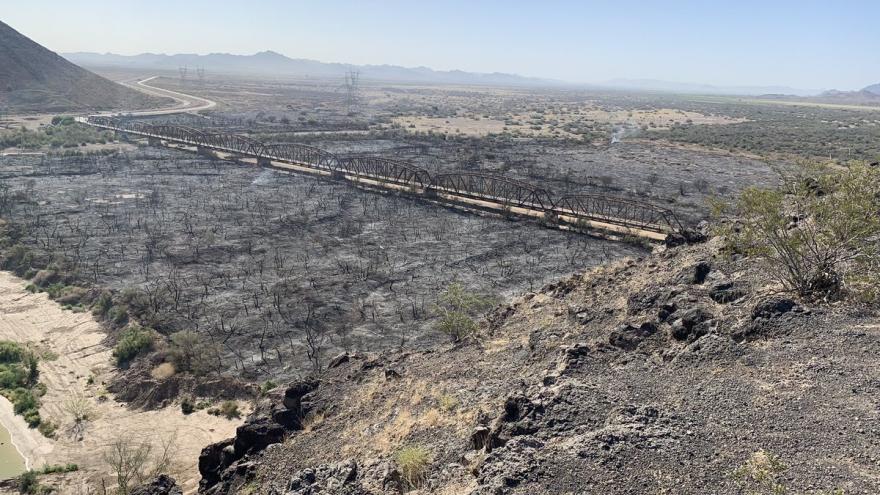 (CNN) -- Hundreds of homes near Flagstaff, Arizona, have been evacuated as a fast-moving wildfire threatens hundreds of structures Wednesday after destroying at least two dozen buildings, officials said.

The Tunnel Fire in northern Arizona's Coconino County had burned more than 16,600 acres as of Wednesday morning, according to InciWeb, a US clearinghouse for wildfire information. It was first reported Sunday afternoon.

The fire, about 14 miles northeast of Flagstaff, was rapidly moving to the northeast, pushed by significant winds, officials said. It had no containment as of Tuesday evening.

An estimated 2,068 people live in the evacuation area, said Patrice Horstman, chair of the Coconino County Board of Supervisors. "From this 766 households have been evacuated," along with more than 1,000 animals, Horstman said.

Local power and gas distribution networks, various historical and cultural sites, as well as 150 businesses are threatened by the fire, the Federal Emergency Management Agency said Tuesday in a news release.

The fire also shut down a portion of US Highway 89 in both directions north of Flagstaff, officials said.

Bill Wells made it back to his home after the fire passed but saw other homes laid to waste, he told CNN affiliate KPNX this week.

"Once I got up there, I saw everything was gone. All the houses that I had seen that were there earlier, 45 minutes earlier, except for one, were all burned to the ground," he told KPNX.

Another resident, Cindy Wilson, left her home as smoke moved close and didn't know whether it would be standing when she returned, she said.

"I cried driving away, because you just don't know. You don't know if you're going to come home to anything," she told KPNX. 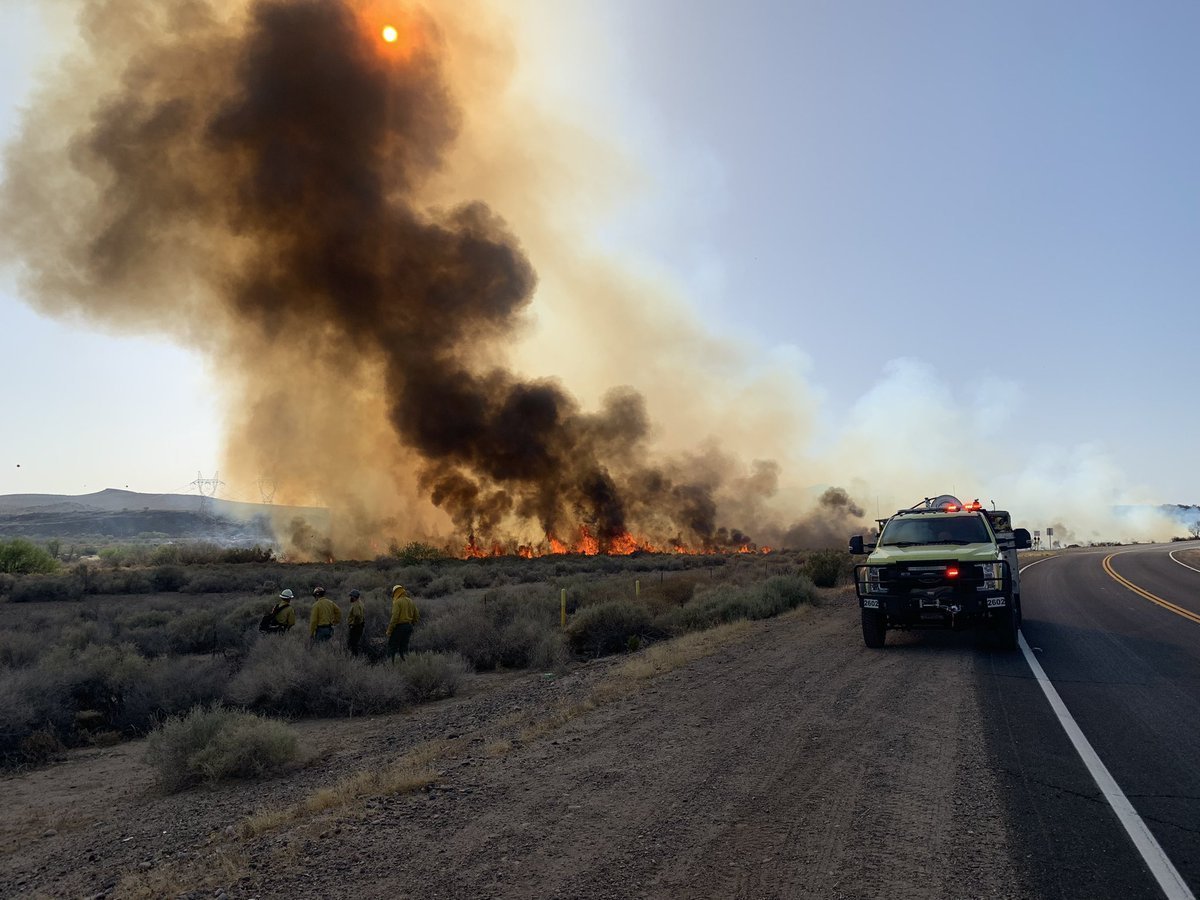 "The fire was moving so fast; many of those officers were in harm's way themselves. And I'm very proud of the fact that we were able to get this evacuation done despite the rapid progression of the fire," Driscoll said.

The cause of the fire is under investigation, according to InciWeb.

The Red Cross set up an evacuation center at Flagstaff's Sinagua Middle School, and officials directed evacuees to drop off animals and livestock at other places.

County officials declared a local emergency due to the fire, said Horstman, who urged people to stay informed on the fire's development on the county's website.

"The Tunnel Fire has been fueled by high winds and dry conditions, and the county has deployed all available resources," Horstman said during the news conference.

About 200 crew members were fighting the fast-moving flames, and the county requested state and federal resources to help fight the fire, officials said Tuesday.

FEMA approved the request for federal funding, which would cover up to 75% of eligible firefighting costs, according to the news release.

Horstman acknowledged the difficulty of the situation and reassured residents the county would stay behind them.

"This is a time, as we've done in the past, for neighbors to help neighbors," Horstman said. "The county will be here to support everyone during this very difficult time, but together as we've done before, we need to be here altogether as one to get through this."