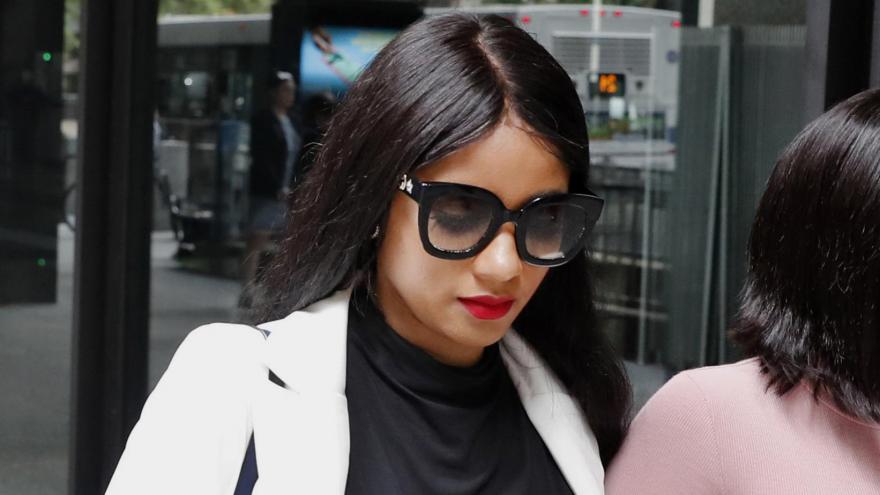 Joycelyn Savage, a girlfriend of singer R. Kelly, faces a battery charge after allegedly getting into a fight with another woman at his apartment, according to Chicago police.

(CNN) -- Joycelyn Savage, a girlfriend of singer R. Kelly, faces a battery charge after allegedly getting into a fight with another woman at his apartment, according to Chicago police.

Savage, 24, turned herself into police at 6 p.m. local time Wednesday and was charged with a misdemeanor count of domestic battery, police spokeswoman Kellie Bartoli told CNN.

Savage appeared in court Thursday, the Cook County Sheriff's Office said. Her bond was set at $2,000 and she was released. It's unclear whether she has representation.

One woman was taken to Northwestern Memorial Hospital with injuries resulting from the altercation, police spokeswoman Jessica Alvarez said. Police did not identify her.

A series of videos appearing to capture portions of the altercation were posted on Instagram.

Savage is one of two women who has said she was in a relationship with the singer and defended him in the face of sexual misconduct allegations. Her family has previously accused Kelly of controlling her -- an allegation that Savage has denied.

R. Kelly is currently in jail awaiting trial on a range of criminal charges in Illinois and New York.

In August, he pleaded not guilty in a federal courtroom in New York to charges including kidnapping, forced labor and sexual exploitation of a child.

He pleaded not guilty in February to Illinois state charges of 10 counts of aggravated criminal sexual abuse involving four alleged victims, including three who prosecutors say were underage girls.

Kelly has vehemently denied any allegations of sexual misconduct.

Asked about Wednesday's altercation, Kelly's attorney, Steve Greenberg said he was "staying as far away as I can from that."