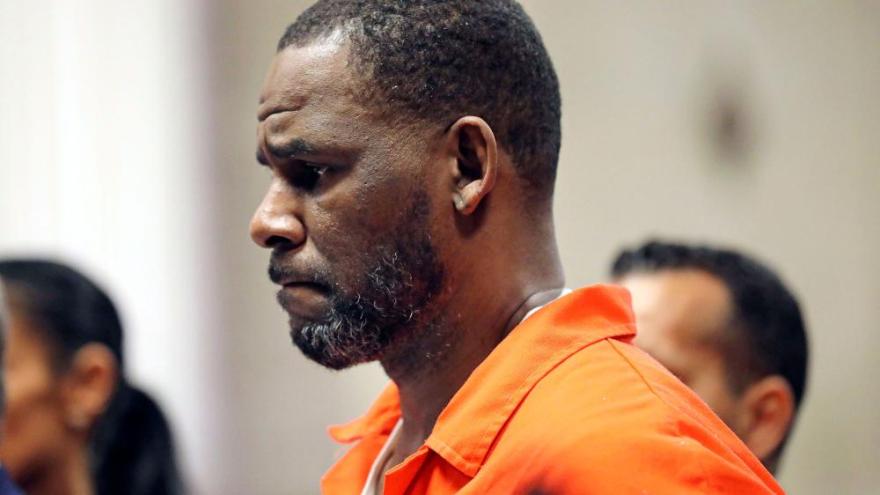 Federal prosecutors defend the decision to keep R. Kelly under suicide watch. The singer was sentenced last week to 30 years in prison on sex trafficking and racketeering charges.

(CNN) -- R. Kelly was removed from suicide watch Tuesday morning following a clinical assessment, according to a letter filed by prosecutors in federal court.

The disgraced R&B artist was placed on suicide watch after he was sentenced last week to 30 years in prison on sex trafficking and racketeering charges, according to court documents filed Saturday.

Kelly, 55, whose legal name is Robert Sylvester Kelly, sued the Metropolitan Detention Center in Brooklyn, New York, its warden and unnamed employees, along with the United States itself, for placing him under suicide watch supervision, the documents show.

Kelly alleged he was "placed on suicide watch as a form of punishment even though he was not suicidal," according to the federal government's response to his filing.

Attorneys for the prison said Kelly's claims should be dismissed because he "fails to show a substantial likelihood of success for relief," court documents show. The prison planned to keep Kelly under suicide watch because he matched the criteria to be put under supervision, according to the court documents.

The government argued that Kelly was asking the courts to micromanage custodial decisions that are left up to the discretion of expert prison managers.

Kelly's legal action is moot now that he's been removed from suicide watch confinement, prosecutors said in the letter. The letter also notes that Kelly will soon be transferred out of MDC to stand trial in the Northern District of Illinois.

The US Attorney's Office for the Eastern District of New York declined to comment further on the situation.

CNN has reached out to Kelly's attorneys for comment.

A jury convicted Kelly in September on nine counts, including one charge of racketeering and eight counts of violations of the Mann Act, a sex trafficking law. Prosecutors from the Eastern District of New York accused Kelly of using his status as a celebrity and a "network of people at his disposal to target girls, boys and young women for his own sexual gratification."

The five-week federal trial in Brooklyn included testimony from witnesses who said they were sexually and physically abused by Kelly. The court also heard from people involved with orchestrating the disgraced R&B singer's 1994 marriage to the late singer Aaliyah when she was just 15 years old and he was an adult after she believed she'd gotten pregnant.

Kelly is scheduled to stand trial in Illinois in August on federal child pornography and obstruction charges, and will then be transferred to the custody of the Northern District of Illinois, court records show.