R. Kelly pleads not guilty to federal charges of kidnapping and sexual exploitation of a child in New York 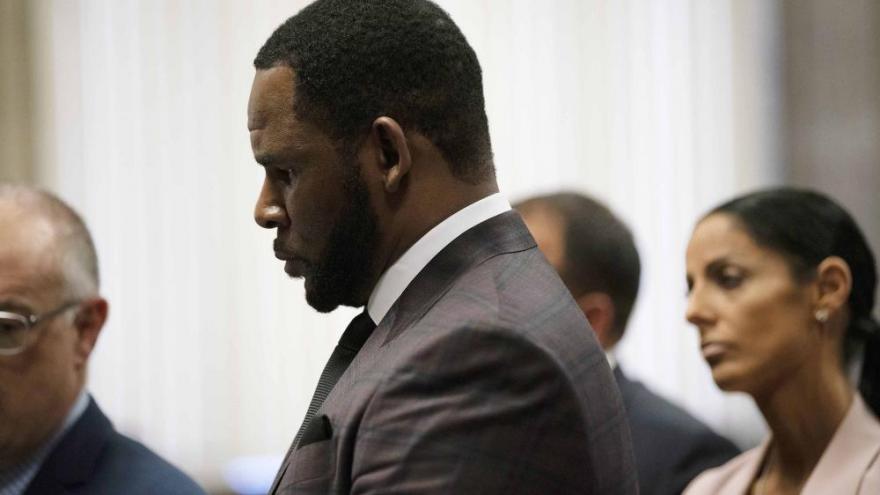 R. Kelly is scheduled to be arraigned in a federal court in Brooklyn, New York, on charges of racketeering, kidnapping, forced labor and sexual exploitation of a child.

(CNN) -- R. Kelly pleaded not guilty to a slew of charges in federal court in Brooklyn, New York, on Friday, including counts of racketeering, kidnapping, forced labor and sexual exploitation of a child.

The judge ordered that the singer remain in custody pending his trial.

Kelly was charged last month in the Eastern District of New York in an indictment that also accused him of violating the Mann Act by coercing and transporting women and girls across state lines to engage in illegal sexual activity as far back as 1999.

The indictment details alleged incidents in four states: Illinois, Connecticut, California and New York. Five Jane Does are referenced throughout the document, including three minors.

The indictment also alleges Kelly, 52, exposed at least one person to a sexually transmitted disease without disclosing it.

Kelly has vehemently denied allegations of sexual misconduct in the past.

On Friday, prosecutor Elizabeth Geddes argued for Kelly to be denied bail, citing allegations he had committed obstruction crimes while out on bail during a 2002 case involving child pornography charges.

At that time, Geddes alleged, Kelly paid off and intimidated witnesses "such that they did not appear to testify."

Regardless, US District Magistrate Judge Steven Tiscione said he was "extremely troubled" by the allegations of obstruction.

The singer, who was already in custody in Illinois, landed at New Jersey's Teterboro Airport from Chicago on Thursday and was transferred to Metropolitan Correctional Center in New York, his attorney, Steve Greenberg, told CNN.

He appeared in court Friday sporting a full beard and wearing orange sneakers, an orange t-shirt and a navy, short-sleeved prison uniform. Flanked by his attorneys, the R&B singer occasionally glanced around and nodded at his supporters in the courtroom.

A handful of women gathered together in a prayer circle outside the courtroom shortly before Kelly's arraignment. Some wore shirts that said, "Free R. Kelly," and "Unmute R. Kelly."

One of the women, 50-year-old Ruthie Castro of Pennsylvania, told CNN she believes the singer is innocent.

"I've always supported him for many years," she said.

A judge in a second hearing Thursday afternoon scheduled Kelly's next status conference in the case for October 2.

After court, Anton said Kelly was "irritated" by the denial of bail.

"Imagine that you're an innocent person locked up in prison," the defense attorney said. "I'd say irritated might be a good way to describe him. He's not a happy person, but he understands the system, unfortunately."

The federal case in New York is one of several the singer faces.

He was arrested in Chicago last month on two separate federal grand jury indictments in Illinois and New York. The indictments allege Kelly recruited women for sex, persuaded people to conceal that he had sexual contact with teenage girls and spent hundreds of thousands of dollars buying back missing videotapes that showed him having sex with teenaged girls.

Kelly pleaded not guilty last month to 13 federal charges stemming from the separate federal indictment in Illinois. A judge there had denied him bail because he is considered a flight risk and a danger to the community.

The indictment accused Kelly of videotaping himself having sex with at least four girls under the age of 18 beginning in 1998.

Kelly is due back in a Chicago court on September 4 for a status hearing on those charges.

In February, Kelly pleaded not guilty to Illinois state charges -- 10 counts of aggravated criminal sexual abuse involving four alleged victims, including three who prosecutors say were underage girls. The charges -- a class 2 felony -- span from 1998 to 2010. If convicted, Kelly faces three to seven years in prison for each count.

The singer has faced accusations of abuse, manipulation and inappropriate encounters with girls and young women for more than two decades.

In 2002, Cook County, Chicago, authorities indicted Kelly on 21 charges related to child pornography. A jury acquitted him of all charges when the case was tried in 2008.

The documentary series "Surviving R. Kelly" that aired on Lifetime revived public interest in the case against Kelly.