Qantas supermoon flight to nowhere sells out in 'record time' 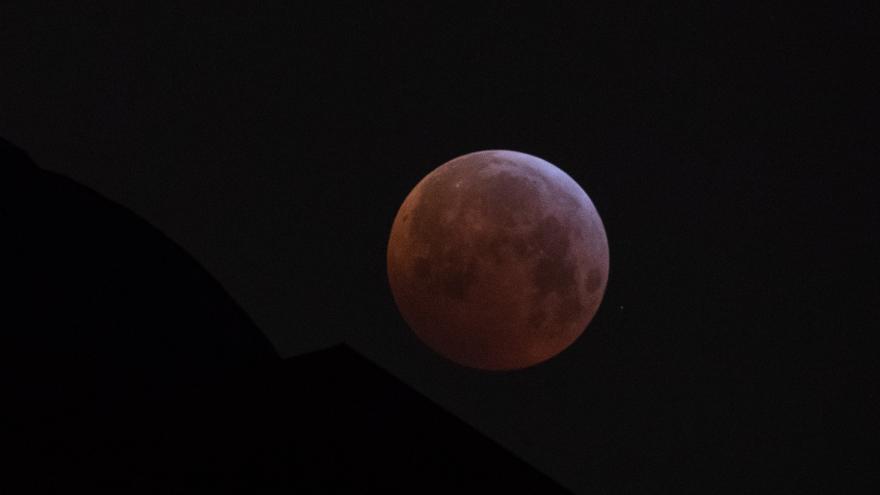 (CNN) -- Qantas is offering a new "flight to nowhere" that will give travel-starved Australian residents the chance to admire the late May supermoon and full lunar eclipse from over 40,000 feet in the sky.

If you were hoping to nab tickets, you're out of luck -- the airline says they were snapped up in "record time" -- 2.5 minutes to be exact.

The supermoon flight is the latest in a series of Qantas-operated trips that take travelers up for a joy ride, before returning them right back to where they came from.

After tickets sold out, a wait list was also created, but this has since closed.

The flight promises some pretty spectacular lunar views. The airline said in a press release that it's working with astronomer Dr. Vanessa Moss to design "the optimal flight path over the Pacific Ocean."

Moss will also be on board to entertain travelers with facts and insights about the May 26 lunar event, which NASA calls a "super blood Moon eclipse."

NASA explains that the "super" part comes from the fact that the full moon will be near its closest orbital position to Earth, which will render it larger and brighter to the human eye.

From some parts of the world, the moon will appear to take on a reddish hue due to the total lunar eclipse. As the moon passes through the Earth's shadow, it'll look darker and redder.

"The red color comes from sunlight filtering through Earth's atmosphere -- a ring of light created by all the sunrises and sunsets happening around our planet at that time," says NASA's website.

The US space agency adds that how red the moon will appear is "hard to predict" as this can also be impacted by dust in the atmosphere.

The total lunar eclipse, the only one of 2021, should be visible from Australia, New Zealand, some Pacific territories and the US west coast.

While it's dangerous to look at a solar eclipse directly, it is safe to admire a lunar eclipse.

The Qantas flight will take place on a Boeing 787 Dreamliner, chosen because its large windows make it "ideal for moon gazing," the airline's chief customer officer, Stephanie Tully, said in a statement.

The supermoon flight will span three hours, departing from Sydney and flying over the city's harbor before cruising above the clouds to gaze at the moon and the eclipse.

Travelers will stay masked up and will be required to social distance on board.

Last October, the Aussie airline's first flight to nowhere hit the headlines when initial tickets sold out in under 10 minutes.

Doctor Fiona Downes, who spent unused points on a business class ticket for the October flight called the journey "a once in a lifetime experience."

Returning to the skies, Downes told CNN Travel, was "like being home again."

Qantas was criticized by some for needlessly burning fuel at a time when the climate crisis should be prompting more respect for the environment. A spokesperson for Friends of the Earth told CNN Travel last fall that they viewed the flight as "essentially the definition of a pointless trip."

Qantas pledged to offset 100% of the October flight's carbon emissions and plans to do the same for the upcoming supermoon jaunt.

Other carriers have also run flights to nowhere, including All Nippon Airways, EVA Air and Hong Kong Express.

CNN Travel's Lilit Marcus, who was on board the Hong Kong flight, called the experience of returning to the skies "oddly emotional."