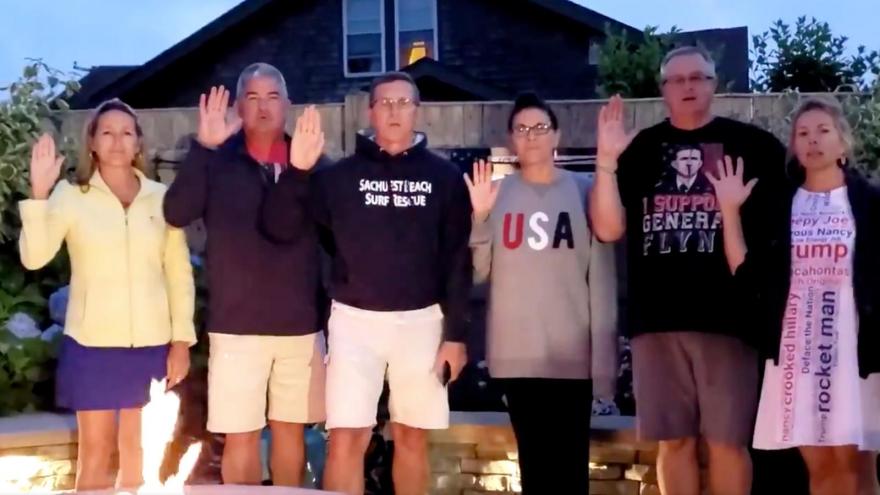 PHOENIX (AP) — Candidates engaging with the QAnon conspiracy theory are running for seats in state legislatures this year.

The candidates are breathing more oxygen into a once-obscure conspiracy movement that has grown in prominence since adherents won Republican congressional primaries this year.

The conspiracy theory is centered on the baseless belief that President Donald Trump is waging a secret campaign against enemies in the "deep state" and a child sex trafficking ring.

Some of the legislative candidates have repeatedly shared QAnon memes and interacted extensively with social media accounts promoting the conspiracy.

Others have acted in ways that leave it unclear whether they believe in the conspiracy theory or may be merely flirting with the ideas to garner attention.