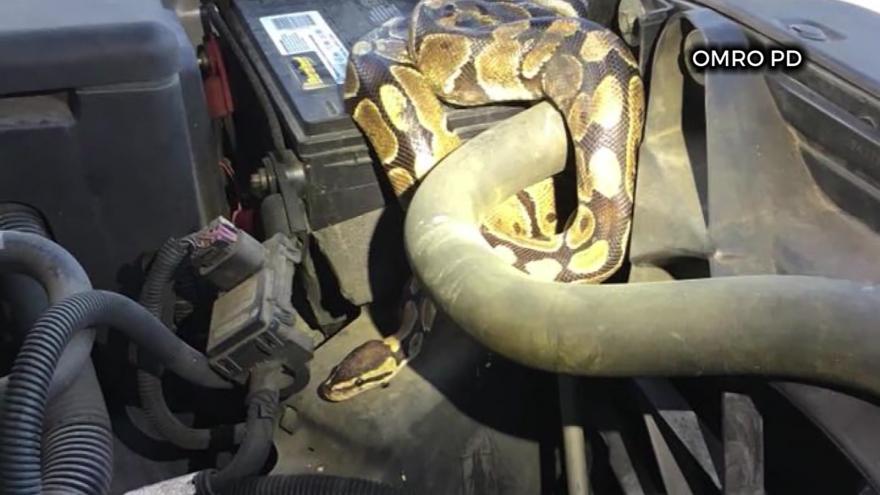 OMRO, Wis. (AP) -- A Wisconsin motorist was in for a slithery surprise after his mom's sport utility vehicle began acting strangely.

Chris Nguyen pulled over Wednesday night in the town of Omro and popped the SUV's hood to find a 4-foot-long python inside. Fittingly, the snake damaged the engine's serpentine belt.

Omro police responded and tried to wriggle the snake from the engine. They called "The Snake Man" Steve Keller -- a Menasha man who rescues snakes -- for help.

Authorities say the snake was identified as a ball python. Its owner said it's been missing for more than a month.

It's illegal to have these snakes in Omro, so the snake's owner was fined. WBAY-TV reports that police said they'd dismiss the ticket if the owner pays for damages to Liz Nguyen's vehicle.