Putin announces a military operation in the Donbas region of Ukraine 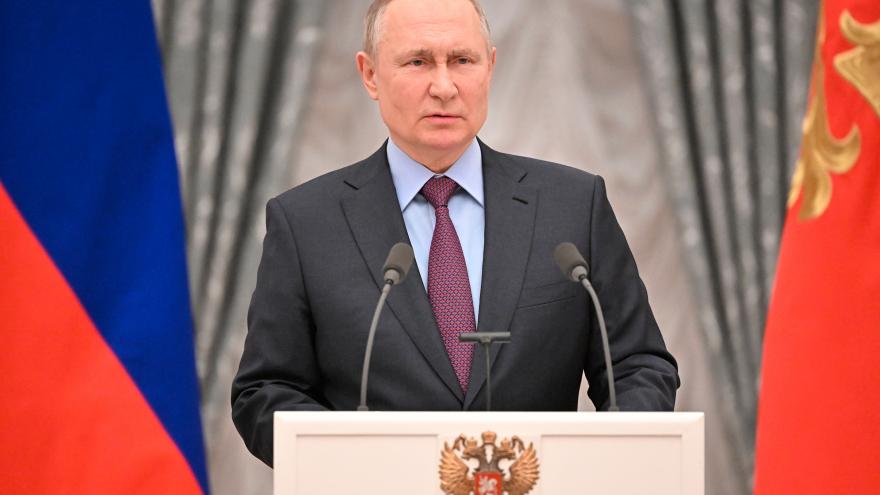 In the address, broadcast on Russian national television, Putin urged Ukrainian forces to lay down their arms and go home, saying all responsibility for possible bloodshed will be entirely on the conscience of the Ukrainian government.

But he added: "Our plans are not to occupy Ukraine, we do not plan to impose ourselves on anyone."

Putin's speech came as concerns mounted of an imminent full-scale Russian invasion. The Donbas region contains the separatist-held regions of Donetsk and Luhansk which Putin recognized as independent on Monday.

Before the announcement of military action,Ukrainian President Volodymyr Zelensky appealed for peace but vowed the country would defend itself.

Following Putin's address, US President Joe Biden issued a statement saying Russia had launched "an unprovoked and unjustified attack" on the Ukrainian people.

"President Putin has chosen a premeditated war that will bring a catastrophic loss of life and human suffering," he said. "Russia alone is responsible for the death and destruction this attack will bring, and the United States and its Allies and partners will respond in a united and decisive way. The world will hold Russia accountable."

After the announcement, CNN teams on the ground in Russia and Ukraine heard explosions from several parts of Ukraine, including near the capital Kyiv and the city of Odessa.

CNN has not confirmed that the airport has been targeted.

A CNN team in Kharkiv, the second-largest city in Ukraine located in the country's northeast, heard a "steady stream of loud explosions."

A team in Odessa heard two groups of explosions about 20 minutes apart, and another team in southeastern Zaporizhzhia, which lies on the Dnieper River that cuts through the country, heard at least one very distant explosion. Two people in Kramatorsk told CNN that they have heard at least two massive explosions in the early hours of Thursday.

This is a developing story. More to come