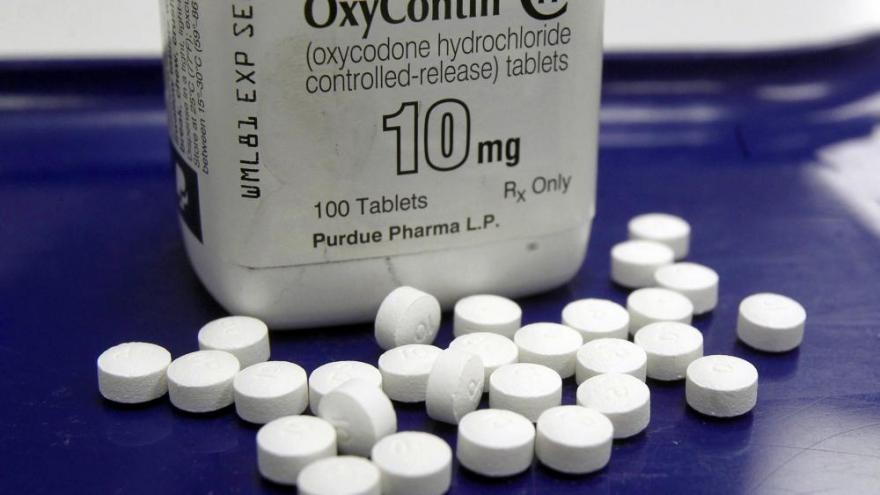 A file photo shows OxyContin pills at a pharmacy in Vermont.

(CNN) -- Purdue Pharma is involved in talks to settle thousands of federal and state lawsuits that accuse it of fueling the nation's opioid epidemic, the company confirmed to CNN one day after another pharmaceutical giant was ordered to pay more than $500 million for its role in a single state's drug crisis.

The Sackler family would give up its ownership of Purdue Pharma and pay at least $3 billion of its own money under terms of the settlement proposal, according to The New York Times, The Washington Post and NBC News, which first reported the settlement talks.

Purdue Pharma, which did not confirm a specific monetary amount to CNN, said that while it would "defend itself vigorously," it sees "little good coming from years of wasteful litigation and appeals." The company is working on a solution with state attorneys general and other plaintiffs, it said.

A state judge in Oklahoma on Monday issued a landmark decision directing Johnson & Johnson to pay $572 million for its part in that state's opioid crisis. Oklahoma reached settlements with two other opioid drugmakers: a $270 million deal with Purdue Pharma; and an $85 million settlement with Teva Pharmaceuticals, one of the world's leading providers of generic drugs.

In the nationwide case, more than 2,000 states, counties, municipalities and Native American governments are suing Purdue Pharma and other opioid companies. Their cases were rolled into one that's being handled in the federal court district in northern Ohio.

The trial date is set to for October 21, said Frank Gallucci, an attorney for Cuyahoga County, Ohio, which along with nearby Summit County filed a federal motion last month that accuses drug manufacturers, distributors, pharmacies and practitioners of shipping "hundreds of millions" of suspicious opioid doses over 20 years to their jurisdictions.

It was not immediately unclear whether the two counties were part of the latest settlement talks with Purdue Pharma.