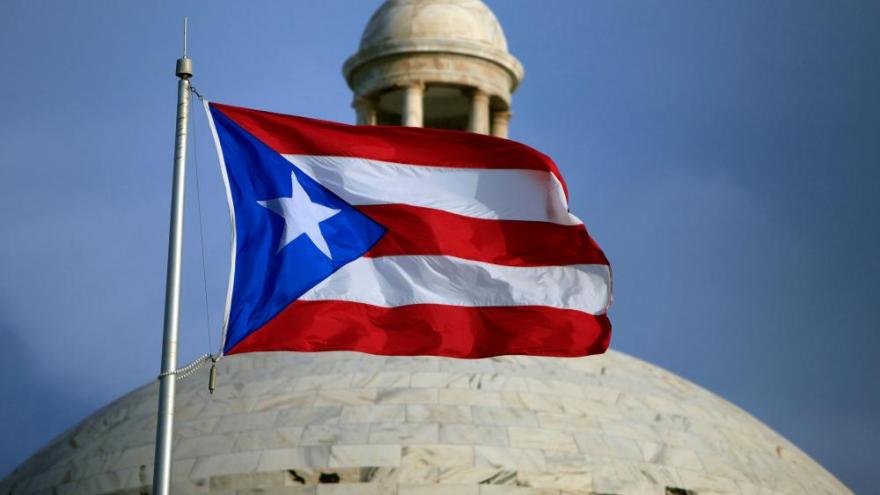 (CNN) -- Puerto Rico is declaring a state of emergency over gender-based violence, delivering on a demand made by activists in recent years after a wave of killings targeting women and transgender people.

Gov. Pedro Pierluisi, who was sworn in earlier this month, announced an executive order aimed at preventing and protecting against gender-based violence through a number of programs, according to a news release from the governor's office on Sunday.

The state of emergency will be in effect until June 30, 2022, the news release said.

"Gender violence is a social evil, based on ignorance and attitudes that cannot have space or tolerance in the Puerto Rico that we aspire to," Pierluisi said in a statement. "For too long vulnerable victims have suffered the consequences of systematic machismo, inequity, discrimination, lack of education, lack of guidance and above all lack of action."

The order is the culmination of years of efforts by activists and advocacy organizations, who have long urged Puerto Rico's government to take action against gender-based violence -- which appears to have worsened after crises such as Hurricane Maria and the coronavirus pandemic.

At least 60 direct and indirect femicides were reported in Puerto Rico in 2020, according to the local group Gender Equality Observatory. That includes six trans femicides and 26 cases still under investigation or lacking information, the organization said.

Order's initiatives include a mobile app for victims

Among the initiatives laid out in Pierluisi's executive order is a committee tasked with providing education, support and rescue around gender violence.

That committee will be comprised of 17 members, three of whom will be representatives from organizations that work on gender violence issues. Committee members will present an initial progress report 45 days after their first meeting and every 30 days after that until the order expires.

The governor also ordered the development of a mobile app through which victims of gender violence can request emergency help without arousing suspicion from their aggressors.

A compliance officer will also be appointed to oversee and ensure the order's implementation.

"In order to eradicate gender-based violence, we have to make concerted efforts between the state and society where in addition to an inclusive plan, an educational approach also exists to teach our boys and girls that every human being must be respected, as well as empowering our future generations so we can eradicate this evil," Pierluisi said.

A longstanding problem on the island

Puerto Rico has long been facing a crisis regarding violence against women.

A 2012 report from the American Civil Liberties Union (ACLU) stated that Puerto Rico had the highest per capita rate in the world of women over 14 killed by their partners.

In several cases, women had repeatedly gone to authorities for help and were turned away, the organization reported. Researchers also found that law enforcement agencies largely failed to adequately respond to, record or investigate crimes of rape and sexual assault. And just a fraction of reported cases resulted in conviction, the report stated.

Pierluisi had promised during his campaign that he would take steps to address the problem.

Activists and advocacy groups welcomed the governor's order as a step in the right direction, though they said they would be watching to see how it was carried out.

"Today our rage carries some hope," the organization Colectiva Feminista en Construcción, which has been one of the leading groups pressuring the government to declare a state of emergency, wrote on Facebook. "Today, as always, our hope is radical. We will not take a step back."