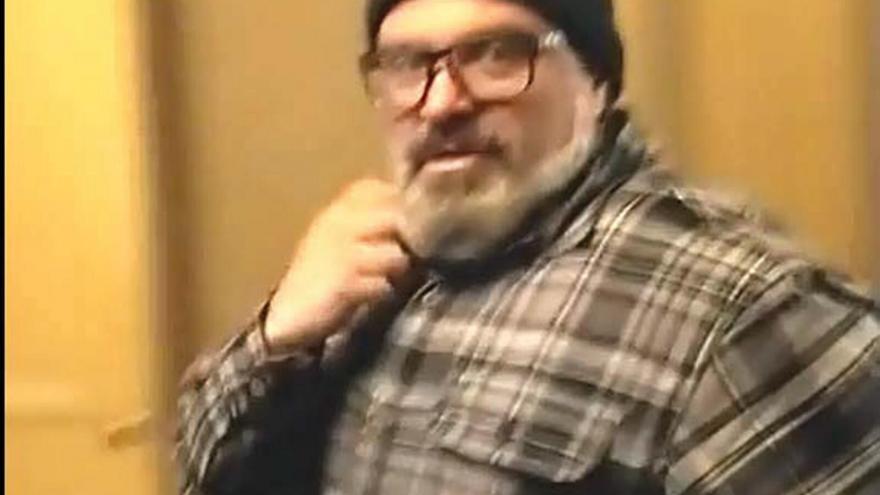 Joseph Biggs has been a fixture in other mass gatherings involving the Proud Boys. Biggs was taken into custody and is facing charges, federal officials said.

(CNN) -- A leader of the Proud Boys, an extremist group that took part in the US Capitol insurrection, was taken into custody and is facing charges, federal officials said.

Joseph Randall Biggs, 37, of Florida was arrested Wednesday and is facing three counts -- obstruction of a proceeding, entering restricted grounds and disorderly conduct -- for his part in the siege of the Capitol on January 6, according to the Justice Department and an FBI affidavit. The FBI described Biggs in the affidavit as an organizer for the Proud Boys.

Biggs appeared in court in Orlando on Wednesday and was released under home confinement and other restrictions, according to his court file. A lawyer who represented him in court did not respond to a request for comment.

CNN Orlando affiliate WESH asked Biggs about insurrection allegations against the Proud Boys and he said, "That'll be discussed in court."

Ahead of the Capitol riot, Biggs posted messages on Parler, the social media platform favored by the far right, telling his followers to blend in and not wear identifiable clothing, an FBI special agent wrote in the affidavit.

"The only thing we'll do that's us is think like us! Jan 6th is gonna be epic," Biggs wrote, according to the affidavit. The document says Biggs was also directing his statements at Antifa.

Authorities say Biggs said, "This is awesome!" on livestreamed footage of rioters entering the Capitol building, according to the affidavit.

The affidavit states it appears the Proud Boys were wearing earpieces for communication that day.

"Your affiant also notes that multiple individuals were photographed or depicted on videos with earpieces, including other individuals believed to be associated with the Proud Boys," the FBI affidavit says.

The charges are among a recent spate of federal cases that allege planning and organization among far-right groups.

The FBI said that Biggs told agents he entered the Capitol but not by using force, and denied knowing about any planning for the storming of the building.

Biggs has been a fixture in other mass gatherings involving the Proud Boys.

He is known for his extreme rhetoric against Antifa members, the black-clad left-wingers who maintain they are fighting fascism and often crash far-right events.