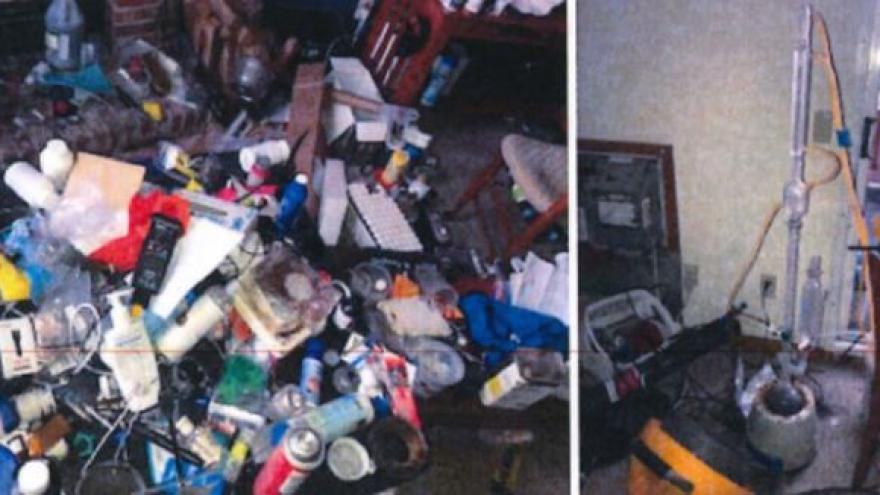 MADISON, Wis. (AP) — A man who pleaded no contest to possessing homemade explosives in his Madison apartment appeared to be planning an attack on the University of Wisconsin-Madison campus, a prosecutor alleged.

Police seized what appeared to be bomb-making materials from Brian Campbell's apartment last year, and he entered his plea to the explosives charge and second-degree reckless endangerment in January. He's scheduled to be sentenced Friday, the Wisconsin State Journal reported.

In a sentencing memorandum filed Tuesday, Assistant District Attorney John Rice alleges Campbell had searched the internet for instructions on how to make explosives and had drawn maps of underground tunnels on the university's campus.

"It seems impossible to ignore the fact that the defendant's conduct strongly resembled the precursors and/or preparations needed to complete an act of domestic terrorism," Rice wrote.

Under the agreement, prosecutors can't request that Campbell be imprisoned for longer than three years. But Circuit Judge Susan Crawford has the discretion to sentence Campbell to the maximum penalty for both convictions: up to 10 years in prison and extended supervision for the reckless endangerment charge and up to six years for the explosives charge.

Tracey Wood, one of Campbell's attorneys, said Rice may be attempting to circumvent the plea agreement through his memorandum, which implies that the sentence should be longer than his recommendation under the agreement.

"We believe Judge Crawford will sentence based upon those facts to which Brian admitted and for which he accepts full responsibility and not upon mere speculation," Wood said.

In the memorandum, Rice said Campbell was aggrieved after pleading guilty to battery for a 2016 incident in which he choked a fellow sailor at the Wisconsin Union sailing club.

Rice also compared Campbell to Timothy McVeigh, who bombed the Alfred P. Murrah Federal Building in Oklahoma City in 1995, killing 168 people. He said Campbell "had all of the necessary ingredients" in his apartment to build the same kind of bomb that McVeigh used, and noted that one of Campbell's computer passwords was "McVeigh."

Rice wrote that "there is legitimate reason to fear that person doing something lethal in the future."