Prosecutors have charged 60-plus people in Kenosha protests 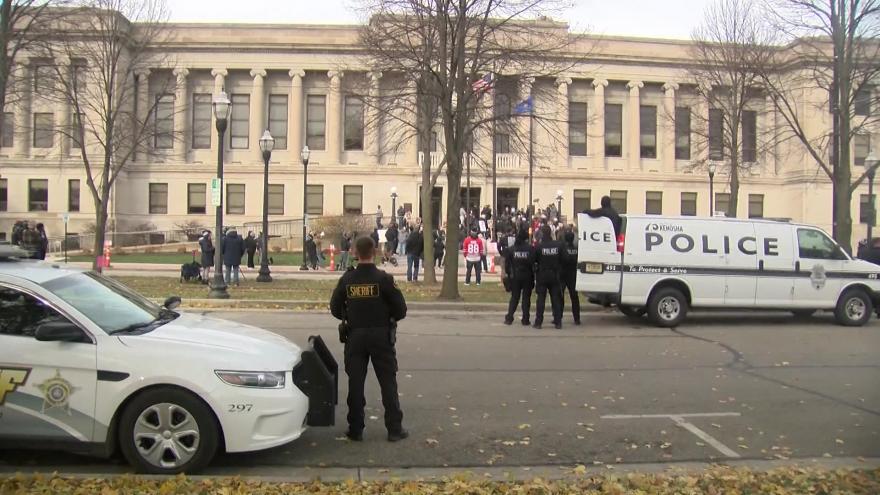 KENOSHA, Wis. (AP) — Prosecutors have now charged more than 60 people in connection with offenses committed during protests against police brutality and racism in Kenosha last year.

The felony counts ranged from burglary to making threats against police or National Guard troops. Demonstrations began in August after a white police officer shot Jacob Blake during a domestic disturbance. Blake survived his wounds but is paralyzed from the waist down. Kyle Rittenhouse shot three protesters, killing two, during one of the protests. He was acquitted of multiple charges in November.