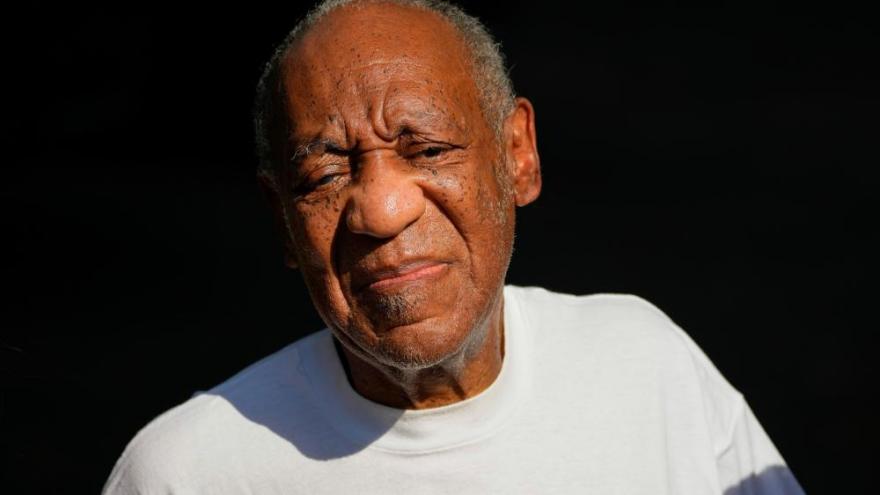 Prosecutors in Pennsylvania announced they're appealing a court ruling in the case against Bill Cosby to the US Supreme Court, arguing that a statement from a previous district attorney that they would not file charges against Cosby does not mean that charges would never be filed.

(CNN) -- Prosecutors in Pennsylvania announced Monday they're appealing a court ruling in the case against Bill Cosby to the US Supreme Court, arguing that a statement from a previous district attorney that they would not file charges against Cosby does not mean that charges would never be filed.

The Montgomery County district attorney, who led the high-profile court case against Cosby for sexually assaulting Andrea Constand, said in a news release that the main question of the appeal is the 14th Amendment and the right to due process.

"The question presented to the Court is: 'Where a prosecutor publicly announces that he will not file criminal charges based on lack of evidence, does the Due Process Clause of the Fourteenth Amendment transform that announcement into a binding promise that no charges will ever be filed, a promise that the target may rely on as if it were a grant of immunity?' " the release states.

As the decision stands now, it could have "far-reaching negative consequences" across the country, District Attorney Kevin Steele said in a statement.

"Petitioning to ask the High Court for review was the right thing to do because of the precedent set in this case by the majority opinion of Pennsylvania Supreme Court that prosecutors' statements in press releases now seemingly create immunity," Steele said. "The U.S. Supreme Court can right what we believe is a grievous wrong."

Cosby was convicted of aggravated indecent assault in 2018 for drugging and sexually assaulting Constand in his Pennsylvania home in 2004. He was sentenced to 3 to 10 years in a state prison. The case marked the first high-profile celebrity criminal trial of the #MeToo era.

He was released from prison in June after the state's Supreme Court overturned his sexual assault conviction on the grounds that his due process rights had been violated. The Pennsylvania state Supreme Court justices said in their opinion that a former Montgomery County district attorney's decision to not prosecute Cosby in 2005 in return for his deposition in a civil case was ultimately used against him at trial.

Cosby spokesman Andrew Wyatt lambasted the appeal, saying that the district attorney's office is "unwilling to accept its epic loss."

"There is no merit to the DA's request which centers on the unique facts of the Cosby case and has no impact on important federal questions of law," Wyatt said. "This is a pathetic last-ditch effort that will not prevail. The Montgomery's County's DA's fixation with Mr. Cosby is troubling to say the least."

The petition has not yet been officially received by the US Supreme Court.