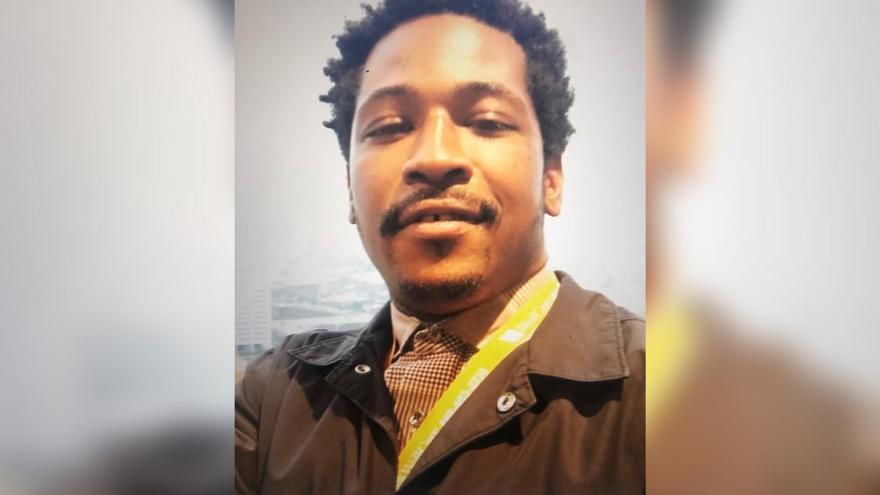 On August 23, a decision is expected in the criminal case against two Atlanta police officers charged in relation to the June 2020 shooting death of Rayshard Brooks, pictured here in an undated photo.

(CNN) -- A Georgia special prosecutor announced Tuesday that murder and assault charges will be dismissed against two Atlanta police officers involved in the fatal shooting of Rayshard Brooks in June 2020, saying the officers acted reasonably in response to a deadly threat.

"Both acted as reasonable officers would under the facts and circumstances of the events of that night," special prosecutor Peter Skandalakis said. "Both acted in accordance with well-established law and were justified in the use of force regarding the situation."

The announcement comes two years after Brooks, a 27-year-old Black man, was shot and killed outside a Wendy's restaurant after he fought two officers who tried to arrest him for DUI. During the struggle, Brooks overpowered officers Garrett Rolfe and Devin Brosnan, took a Taser from Brosnan and ran away, according to prosecutors. While fleeing, he turned back and fired the stolen Taser at Rolfe, who then shot Brooks twice, in the back and buttocks, killing him, prosecutors said.

The fatal shooting -- less than three weeks after the police killing of George Floyd in Minneapolis -- sparked protests across Atlanta and beyond amid national demonstrations over police brutality and racial injustice. In Atlanta, the Wendy's restaurant was set ablaze, hundreds blocked a major interstate, authorities fired tear gas and the police chief stepped down.

Five days after the shooting, then-Fulton County District Attorney Paul Howard announced charges against Rolfe of felony murder, aggravated assault, violations of oath of office and criminal damage to property. Brosnan was charged with aggravated assault and violating his oath.

Howard, who campaigned on the case, lost his reelection bid months later, and the new district attorney Fani Willis asked to be recused from the case. The state attorney general last year appointed Skandalakis, the executive director of the Prosecuting Attorneys' Council of Georgia, to take over the investigation.

In the news conference Tuesday, Skandalakis and former Gwinnett County District Attorney Daniel Porter presented video of the incident and provided a frame-by-frame analysis of the fatal encounter.

Porter explained Georgia officers are allowed to use deadly force when faced with a deadly weapon, including a Taser, so prosecutors determined the shooting was legal. They also determined the officers did not act with criminal intent.

"Was it objectively reasonable that (Rolfe) can use deadly force? We determined it was," Skandalakis said.

Skandalakis said he did not believe the shooting was racially motivated and contrasted it with the killings of Floyd and Ahmaud Arbery, a Black man killed by armed residents in Georgia in 2020.

"Black lives do matter," Skandalakis said. "I understand that the encounters between police and the African American community at times are very volatile. But I would ask them to look at the facts of this case, and this isn't one of those cases. This is a case in which the officers were willing to give Mr. Brooks every benefit of the doubt and unfortunately, by his actions, this is what happened."

On Tuesday, Rolfe's attorneys Noah H. Pines, Bill Thomas and Lance LoRusso released a statement in the wake of the prosecutors' announcement.

"Garrett Rolfe is relieved that the criminal charges filed against him by former Fulton County District Attorney Paul Howard have finally been dismissed and that he has been exonerated for his actions on June 12, 2020," they said.

Amanda Clark Palmer, one of Brosnan's attorneys, also released a statement Tuesday saying it was "the proper and only decision that could be reached based upon the evidence and Georgia law."

"More than two years after the incident that resulted in Rayshard Brooks's death, the State of Georgia has finally arrived at the right decision: that Officer Brosnan's arrest was never supported by any evidence," Palmer's statement read. "Officer Brosnan was assaulted and tased by Mr. Brooks, and as a result suffered a concussion and required medical treatment ... At no point did he assault or abuse Mr. Brooks."

"It's the only place we can get justice," Stewart said.

Georgia NAACP President Gerald Griggs released a statement saying the case should have gone before a grand jury.

"Grand juries and trials exist to ensure that justice is truly blind. Justice wasn't blind today, and neither were the officers when they approached Rayshard Brooks," Griggs' statement read. "A Fulton County Grand Jury should've decided the fate of Garrett Rolfe and Devin Brosnan, not two former members of law enforcement."

Both Miller and Stewart said it was wrong for Brooks to have fought the police. It was also a point when use of force would have been warranted, the attorneys said.

"In the heat of the moment, you don't need to shoot someone in the back who is 19 feet away," Miller said, adding he spoke with Brooks' wife who could barely speak through tears.

In May 2021, the Atlanta Civil Service Board ruled Rolfe was wrongly terminated and reinstated him. The APD at the time said the board's decision said the firing process was "not done in accordance with the Atlanta City Code" and Rolfe would remain on administrative leave until the criminal charges against him were resolved.

Both officers remain on administrative leave with the Atlanta Police Department and will undergo recertification and training, the department said in a statement.

"We have faith in the criminal justice system, and we respect the special prosecutor's decision in this case," the department said.

Atlanta Mayor Andre Dickens said he respects the special prosecutor's "independent role" in the case and touted the city's efforts to improve collaboration between police and the communities they serve.

"Through engagement with community advocates, the Atlanta City Council, the Atlanta Police Department and others, we have listened and moved forward proactively with significant reforms. The Department has reviewed its standard operating procedures and enhanced training on how to de-escalate confrontations."

The day Brooks was shot, police were responding to the Wendy's following reports a man was asleep in his vehicle in the drive-thru lane, according to the GBI.

When Brosnan arrived, Brooks was apparently asleep behind the wheel, and Brosnan knocked on the window to wake him up. Brosnan later asked him whether he'd been drinking. Brooks told the officer he had only one drink, body-worn camera shows.

A few minutes later, Rolfe arrived on the scene and used a Breathalyzer on Brooks. Prosecutors noted their interaction was cordial and professional throughout.

Yet as Rolfe attempted to handcuff Brooks, he suddenly resisted. Brooks struggled with the officers and grabbed Brosnan's Taser, according to the Georgia Bureau of Investigation. Another video filmed by a bystander begins shortly after the struggle started and shows Brooks getting a hold of the Taser and breaking free.

Part of the question about the legality of the shooting was based on the potential lethality of the Taser.

The Taser is designed to be less lethal than a firearm, but it can be fatal in some circumstances. Amnesty International said more than 500 people have died in the US "after being shocked with a Taser either during their arrest or while in jail," according to a CNN story in 2015. Although Taser, the company, said the tally of deaths directly attributed to Taser is more like 60.

It was also found Brooks had been under the influence of alcohol and various drugs, according to Skandalakis. White pills testing positive for methamphetamine and Eutylone -- alternatives for MDMA and ecstasy -- were found in Brooks' car. A Georgia Bureau of Investigation crime lab test on Brooks' blood also revealed he was positive for cocaine, cocaethylene and Eutylone, Skandalakis said. Brooks also had a blood alcohol level of 0.102, when the legal limit in Georgia is 0.08.

"They wanted to sound like he was a hulking threat," Miller said. "That's not true. Here's a choice, take your (loss) and then use all the tools at your disposal to lock him up," adding the officers simply lost a fight to Brooks.

Miller said what upset him was the fact many of the suspects in recent mass shootings were taken into custody without incident, but Brooks was not given that chance.

"So you can't catch a drunk guy on drugs running down a Metropolitan Avenue? You have to shoot him in the back? But people who kill 10, 20 people, they can be taken in without incident? We all know this is ridiculous," he said. "In this situation we believe they got it wrong because a Fulton County jury won't get to hear this case, and that is a travesty."