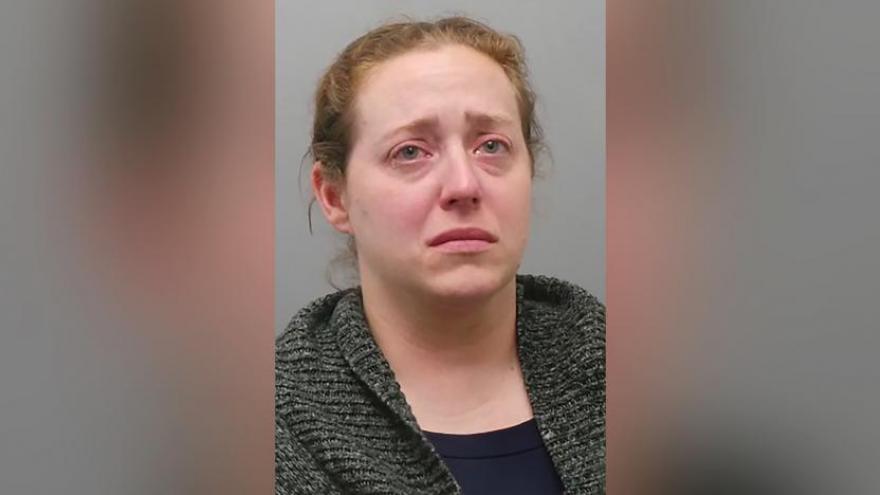 Criminal charges against a St. Louis County police officer who shot a Black woman were dropped Monday after the victim requested a restorative justice mediation that focuses on repairing the harm caused by an offense.

(CNN) -- Criminal charges against a St. Louis County police officer who shot a Black woman were dropped Monday after the victim requested a restorative justice mediation that focuses on repairing the harm caused by an offense.

Crews mistakenly drew her firearm instead of using her Taser to restrain Hall and shot her in the torso, leading to critical injuries, the office said. Hall lost part of her spleen and suffers with post-traumatic stress disorder, prosecutors said.

The prosecutor's office said Crews immediately realized she drew her gun when she intended to use her Taser, then administered aid and apologized "profusely." Crews, who was captured crying in her booking photo, immediately resigned, and her response to the shooting "all played a part in the push for mediation," the office said.

Hall, who has since recovered, received a $2 million settlement and pushed for a restorative justice program.

The prosecutor's office said Hall and Crews voluntarily participated in a "successful" face-to-face meeting with a mediator, Seema Gajwani, the chief of the Restorative Justice Program for Karl Racine, Attorney General for the District of Columbia.

St. Louis County Prosecuting Attorney Wesley Bell and Lisa Jones, the office's manager of Victim Services, also participated in the process. The method allows an offender to find rehabilitation through reconciliation with the victim.

"This was a unique opportunity where the defendant immediately realized she had made a terrible mistake in shooting the victim, and both the defendant and victim reached places where they could see a resolution for this incident outside of the criminal justice process," said St. Louis County Prosecuting Attorney Wesley Bell. "In this instance, justice is served by Restorative Justice, and this doesn't happen without Ashley being 100% onboard."

According to a 2002 United Nations resolution, restorative justice is a "process in which the victim and the offender, and, where appropriate, any other individuals or community members affected by a crime, participate together actively in the resolution of matters arising from the crime, generally with the help of a facilitator."

"Too often, the criminal justice system gets in the way of resolution and healing, even though that is what these two women wanted and needed. Prosecuting Attorney Wesley Bell made it possible by offering Restorative Justice," said Gajwani. "Ashley and Julia have the biggest hearts of anyone I have ever met. It was an honor to be a part of that conversation."