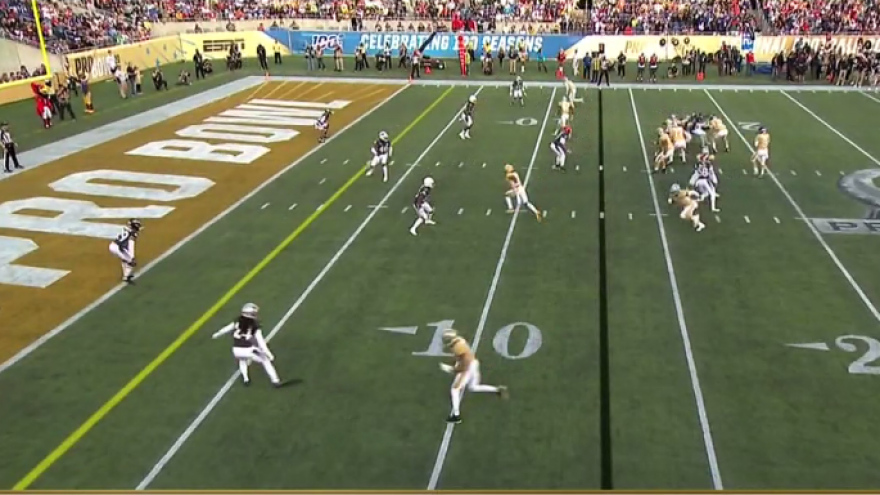 The Pro Bowl turned into a Kobe Bryant tribute.

Green Bay receiver Davonte Adams pointed to the sky and flashed the number “24” on his fingers as an ode to Bryant’s jersey after a touchdown catch.

The NFL’s annual all-star game also held a moment of silence for Bryant in the first half.

The AFC beat the NFC 38-33 for a fourth consecutive victory in Orlando.