Prison inmates are twice as likely to die of Covid-19 than those on the outside, new report finds 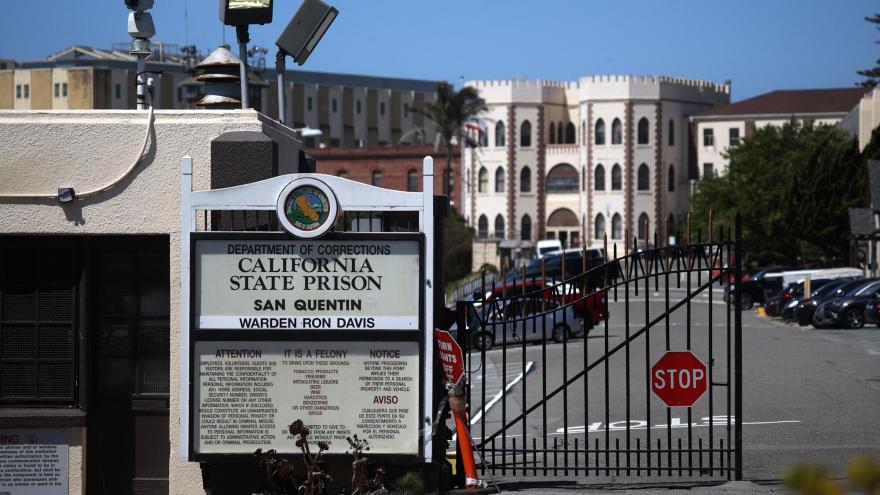 The Covid-19 infection and mortality rates are significantly higher in prisons than in the general population, though the severity differs widely among states, a new study found.

(CNN) -- The Covid-19 infection and mortality rates are significantly higher in prisons than in the general population, though the severity differs widely among states, a new study found.

In addition, fewer people are being held in jails since the pandemic began because of excess releases and a sharp drop in new admissions, according to a separate study, and those released have been rebooked back into jails at about the same rate as before the pandemic.

Combined, the studies illustrate the risks inmates and employees inside the prison system face and may suggest that more people behind bars could be released.

Those are the main conclusions of two separate data-heavy reports released Wednesday by the National Commission on Covid-19 and Criminal Justice, a commission under the Council on Criminal Justice.

The group is made up of current and former criminal justice figures, including former US Attorneys General Alberto Gonzales and Loretta Lynch, as well as researchers and a former incarcerated person. The group has issued several reports looking at how coronavirus has changed the criminal justice system.

With their crowded conditions and inadequate resources, jails and prisons have been the source of some of the country's largest Covid-19 outbreaks. Prisons are for those convicted of serious crimes, and jails hold those awaiting trial or convicted of minor crimes.

Last month, California's San Quentin State Prison reported more than 2,000 inmates and 260 staff members had Covid-19, and a federal prison in Texas reported that 1,300 of 1,750 prisoners had the virus.

The outbreaks cause health problems within the facilities and also can spread into the local community. In Illinois, data suggests more than 4,700 coronavirus cases through April 19 were associated with 2,129 individuals going through the Cook County Jail in March.

The Covid-19 mortality rate in state and federal prisons is twice as high as in the general population after adjusting for sex, age, and race/ethnicity of those in prisons, according to an analysis by Kevin T. Schnepel, an assistant professor of economics at Simon Fraser University.

The analysis is based on data from The Marshall Project, the CDC, US Bureau of Justice and other sources.

Those broad mortality and infection rates, though, cover up the vast differences between how different states have dealt with the pandemic. About half the states had adjusted prison mortality rates at least double what would be expected for those in general population, but 14 states had no inmates die from the virus.

In an interview, Schnepel told CNN he was surprised by the large variations across states and prisons.

"That was quite shocking in terms of comparing the top 10 with the bottom 10 and seeing a very different picture in terms of what Covid-19 looks like in prisons across different states," he said.

In general, prisons with the most Covid-19 cases were those operated by state governments, those in the South, and large prisons, while the highest mortality rates were at large prisons and those in the Midwest.

The worst adjusted mortality rates were among prisons in Arkansas, New Mexico, Kentucky and Ohio, the analysis found. By contrast, in New York, where nearly 33,000 people died of coronavirus, just 17 deaths were reported in state prisons.

Schnepel suggested more research be done to better understand why some saw major outbreaks and why others were largely unscathed.

Concern surrounding Covid-19 outbreaks within jails and prisons led law enforcement officials to release some inmates early as well as cut down on new admissions.

A new study by Anna Harvey and Orion Taylor of New York University released Wednesday found that jail populations decreased by an average of 31% between March 1 and May 2.

The decrease particularly began after the White House Coronavirus Guidelines were issued on March 16 that advised people to avoid gatherings of more than 10 people.

Jail populations have since increased somewhat, though they remain lower than before the pandemic. From May 2 to July 20, the average jail population increased by 12%, despite a widespread surge in coronavirus cases throughout the country.

The researchers therefore argue there was no apparent connection between the number of people in jails and the local prevalence of Covid-19.

There are more than 3,000 county jails in the US and the report drew from a sample of over 14 million daily jail population records collected by NYU's Public Safety Lab between January 1 and July 20.

The decline in people in jail was due to both fewer admissions and inmate releases in excess of admissions. Average daily admissions to correctional facilities is about half of what it was before the pandemic, the researchers found.

The pandemic has also changed the makeup of people in jails. Young Black men have long been disproportionately represented among jail inmates, and the pandemic has made that worse.

"The estimates reported here may support further jail population reductions," Harvey and Taylor conclude, though they cautioned that these rebooking rates may change.