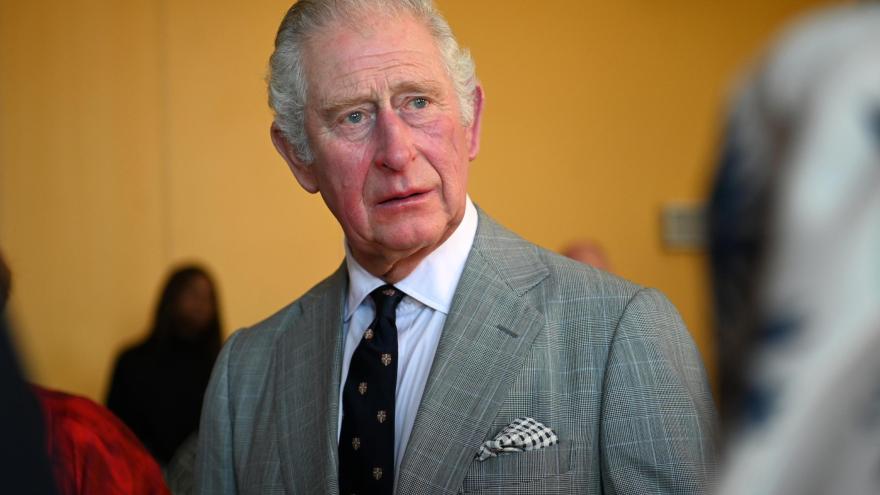 (CNN) -- Clarence House said Prince Charles received charitable donations and the correct processes were followed regarding those donations after a British newspaper reported the Prince of Wales once accepted a suitcase containing €1 million ($1.05 million) in cash from a Qatari politician.

According to the Sunday Times, the suitcase containing €1 million in cash was one of three lots of cash he personally received, totaling €3 million, from former Qatari Prime Minister Sheikh Hamad bin Jassim bin Jaber Al Thani between 2011 and 2015. CNN has not independently verified The Sunday Times report.

"Charitable donations received from Sheikh Hamad bin Jassim were passed immediately to one of the Prince's charities who carried out the appropriate governance and have assured us that all the correct processes were followed," Clarence House told CNN in a statement.

On another occasion, Prince Charles accepted a duffel bag containing €1 million during a private one-on-one meeting at Clarence House in 2015, the Sunday Times reports.

The Sunday Times reports the payments were deposited into the accounts of the Prince of Wales's Charitable Fund (PWCF), an entity that bankrolls the prince's private projects and his country estate in Scotland.

A royal source tells CNN they dispute many of the details in the Sunday Times report. The royal source said they do not dispute the fact of the charitable donations and asserted that all the correct processes were followed from what they have looked at, from over a decade ago. They add the report contained several mistakes, and their lawyers are involved.

There is no suggestion the payments were illegal.