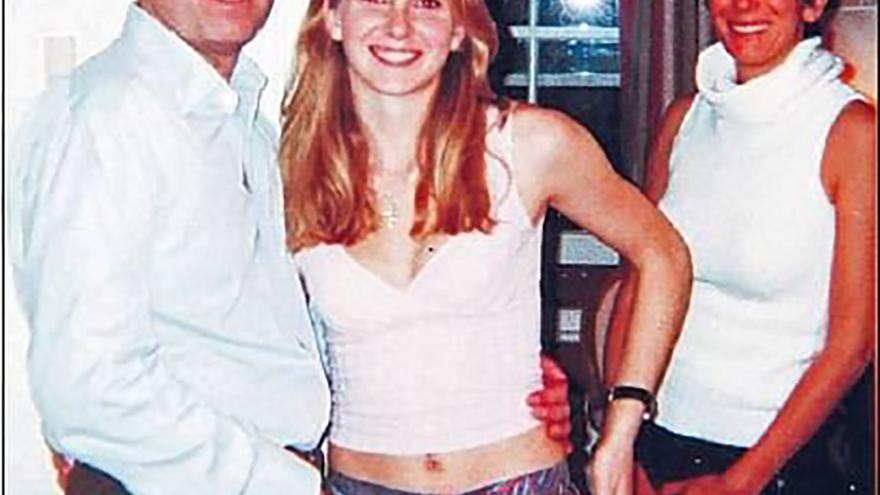 (CNN) -- Lawyers for a woman who has accused Prince Andrew of sexual abuse say they have served the senior British royal with legal papers for a lawsuit.

Prince Andrew is being sued in New York by Virginia Roberts Giuffre, who says he had sex with her when she was 17. Andrew has denied similar allegations from Giuffre in the past. Giuffre has launched a civil case seeking damages, but the lawsuit can't proceed until the papers are served.

In an affidavit filed in a New York court Friday, a process server hired by Giuffre's legal team to give formal notice of the lawsuit to Andrew said he left the papers with the Metropolitan Police security detail at the main gates of Andrew's home, the Royal Lodge in Windsor, on August 27.

Serving the papers in that manner "is consistent with the provisions for service upon an individual Defendant ... as required by The Supreme Court of Judicature in England & Wales," said the document, which was filed in the Southern District of New York and obtained by CNN.

It is unclear whether Prince Andrew, the Queen's second son, was at his residence at the time and whether his lawyers would say this was proper service. A representative for Andrew's legal team did not immediately respond for comment.

Buckingham Palace has also previously denied Giuffre's allegations in a statement to CNN, saying, "It is emphatically denied that The Duke of York had any form of sexual contact or relationship with Virginia Roberts. Any claim to the contrary is false and without foundation."

CNN has reached out to lawyers for Giuffre but has yet to hear back.

The process server said he arrived at the Royal Lodge the morning of August 26 and talked to the head of security, who said the security team had been instructed not to allow anybody trying to serve legal documents onto the grounds and "not to accept service of any court process," according to the affidavit.

The next day, the process server returned to the Royal Lodge and was told he could leave the legal documents with security at the main gates and the documents would be forwarded to the defendant's legal team, the affidavit said.

A pre-trial hearing is set for Monday, September 13, in New York, though it was unclear how attorneys for Prince Andrew would respond.

Giuffre, an alleged victim of sex offender and disgraced financier Jeffrey Epstein, is alleging she was forced to perform sex acts with Prince Andrew. She told the BBC in 2019 that she was trafficked by Epstein and forced to have sex with his friends, including the Duke of York, when she was underage.

Prince Andrew has previously repeatedly denied Giuffre's allegations but his associations with Epstein and Ghislaine Maxwell, a British socialite and former girlfriend of Epstein who is currently charged with conspiracy and sex trafficking amongst other charges, continue to haunt him.

US authorities have previously accused Andrew of not cooperating with attempts to interview him as part of the investigation into the alleged sex trafficking ring Epstein and Maxwell are suspected of operating.

The Prince stepped back from royal duties in the wake of a 2019 interview he gave the BBC in which he was widely considered to have damaged his own credibility. He now rarely appears in public.