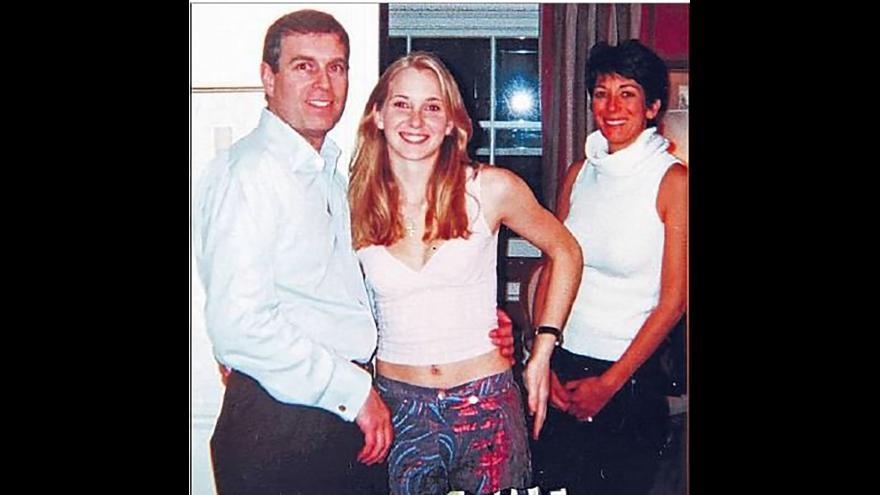 A photograph appearing to show Prince Andrew with Jeffrey Epstein's accuser Virginia Roberts Giuffre and, in the background, Ghislaine Maxwell.

(CNN) -- Prince Andrew and Virginia Giuffre have reached an out-of-court settlement in her sexual abuse lawsuit against him, according to a court document filed by her attorneys Tuesday.

The parties anticipate filing a stipulation of dismissal of the case within 30 days, according to the letter addressed to federal Judge Lewis Kaplan.

The sum of the settlement will not be disclosed, the letter says.

"Prince Andrew intends to make a substantial donation to Ms. Giuffre's charity in support of victims' rights. Prince Andrew has never intended to malign Ms. Giuffre's character, and he accepts that she has suffered both as an established victim of abuse and as a result of unfair public attacks," the letter states.

The civil suit stemmed from the sprawling and disturbing allegations against Jeffrey Epstein, the wealthy sex offender who befriended a series of powerful men despite a sketchy history.

"It is known that Jeffrey Epstein trafficked countless young girls over many years," the letter continues. "Prince Andrew regrets his association with Epstein, and commends the bravery of Ms. Giuffre and other survivors in standing up for themselves and others. He pledges to demonstrate his regret for his association with Epstein by supporting the fight against the evils of sex trafficking, and by supporting its victims."

In the lawsuit, Giuffre alleged Epstein trafficked her and forced her to have sex with his friends, including Prince Andrew, and that Andrew was aware she was underage in the US at the time. She alleged Andrew sexually abused her at Epstein's private island in the US Virgin Islands, at his mansion in Manhattan and at his former girlfriend Ghislaine Maxwell's home in London.

The prince, also known as the Duke of York, has repeatedly and flatly denied the abuse.

"Prince Andrew denies that he was a co-conspirator of Epstein or that Epstein trafficked girls to him," his attorneys Andrew B. Brettler and Melissa Y. Lerner wrote in a legal filing last month.

Giuffre brought her case under the Child Victims Act, a New York state law enacted in 2019 that temporarily expanded the statute of limitations in child sex abuse cases.

Last month, Judge Kaplan denied a motion to dismiss the lawsuit. Prince Andrew had been scheduled to give a statement under oath on March 10, a source told CNN last week.

The long-running allegations against Andrew, 61, have already dramatically tarnished his public standing, and he stepped back from royal duties in late 2019. In the wake of the judge's decision last month, Andrew was stripped of his military titles and charities, Buckingham Palace announced.

A Buckingham Palace spokesperson told CNN that the palace will not comment on the settlement. It's a matter for the Duke and his legal team, the spokesperson added.

One of Giuffre's attorneys said Tuesday she was "very pleased" with the resolution of the lawsuit.

"As a managing partner at a firm that has from its beginning acted upon the belief that the law should be marshalled to bring justice to the most vulnerable, I can say, without hesitation, that our representation of survivors upholds that tradition," attorney Sigrid McCawley said in a statement.

Epstein pleaded guilty in 2008 to state prostitution charges and in July 2019 was indicted on federal sex trafficking charges. Prosecutors accused him of carrying out a decades-long scheme of sexual abuse of underage girls, flying them on private planes to his properties in Florida, New York, New Mexico and the US Virgin Islands. He died by suicide in prison before he could face trial.

Maxwell, his former girlfriend and close associate, was arrested in 2020 and accused of facilitating the abuse scheme. A federal jury convicted her in December on five federal counts, including sex trafficking a minor and conspiracy.

Sign up for CNN's Royal News, a weekly dispatch bringing you the inside track on the royal family, what they are up to in public and what's happening behind palace walls.