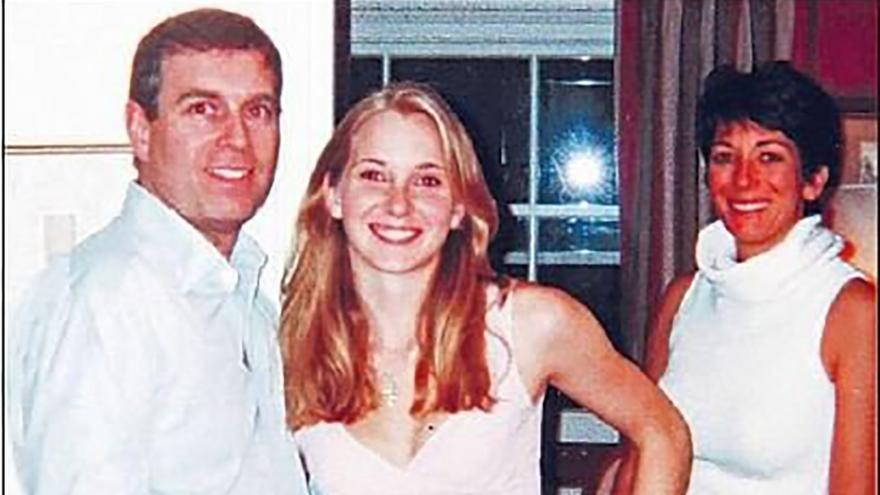 (CNN) -- A 2009 settlement agreement between sex offender Jeffrey Epstein and Virginia Roberts Giuffre -- the woman who accused him of sexual abuse and of trafficking her to Prince Andrew and other men -- was unsealed Monday.

It shows that Epstein paid Giuffre $500,000 to drop the case without any admission of liability or fault.

The document was unsealed as part of Giuffre's separate lawsuit against Prince Andrew. She alleges that Epstein trafficked her and forced her to have sex with his friends -- including the prince -- and that Andrew was aware she was underage (17) in the US. Prince Andrew has denied the allegations.

Attorneys for Andrew argued in his motion to dismiss Giuffre's case against him in October that her lawsuit violates the terms of the settlement agreement with Epstein, in which she agreed to a "general release" of claims against Epstein and others.

In the copy unsealed Monday, Andrew's name does not explicitly appear as a party. The agreement says it serves to "remise, release, acquit, satisfy and forever discharge" parties and "any other person or entity who could have been included as a potential defendant" but does not explicitly name any others in the document viewed by CNN.

Two other documents were filed along with the settlement agreement, including a "Stipulation of Dismissal" and a complaint from Epstein -- both of which are still under seal.

The agreement states that it is a "final resolution" of a disputed claim filed in Florida and is intended to avoid litigation but "shall not be construed to be an admission of liability or fault by any party." The agreement states that it is not to be used in civil or criminal proceedings against Epstein. It was signed by Giuffre and Epstein on different dates in November 2009.

Giuffre's attorney David Boies issued a statement saying the settlement is "irrelevant" to her claim against the prince.

"The release does not mention Prince Andrew. He did not even know about it," Boies said. "He could not have been a 'potential defendant' in the settled case against Jeffrey Epstein both because he was not subject to jurisdiction in Florida and because the Florida case involved federal claims to which he was not a part. The actual parties to the release have made clear that Prince Andrew was not covered by it.

"Lastly, the reason we sought to have the release made public was to refute the claims being made about it by Prince Andrew's PR campaign."

Andrew Brettler, an attorney for Prince Andrew, had no comment.

Oral arguments in the civil suit against Andrew are set for Tuesday. If his lawyers are unsuccessful, or the case is not settled, the royal could face a trial date between September and December 2022. The long-running allegations facing Andrew have already dramatically tarnished his public standing, and he stepped back from royal duties in late 2019.

'No such documents exist'

In claims made prior to filing her lawsuit, Giuffre alleged that in 2001 Epstein brought her to London, where she was introduced to Prince Andrew and went dancing at a nightclub with Epstein; his then-girlfriend, Ghislaine Maxwell; and the prince.

In a BBC interview broadcast in 2019, Giuffre said she had been taken to the Tramp nightclub where, she alleged, Andrew asked her to dance and was "sweating all over me."

Andrew said in a BBC interview, also in 2019, that he had taken his elder daughter to a party at a pizza restaurant on the night in 2001 when it is alleged he had sex with Giuffre. He also said in the interview that for many years he could not sweat, countering the allegations made by Giuffre that he was sweating profusely before they had sex in London when she was 17.

In the court document filed last week, Giuffre's attorneys asked for any documents relating to anyone Andrew met at a Pizza Express restaurant in Woking, England, or at Club Tramp nightclub in London, and to his travel to and from those places.

Prince Andrew was also asked to provide documents proving his "alleged medical inability to sweat" in the court filing.

His legal team responded that the "defendant is unable to comply" with the request "because no such documents exist in his possession, custody or control."

"A diligent search and a reasonable inquiry have been made in an effort to comply with this demand," it said.

Giuffre's attorneys have also demanded any documents concerning Andrew's travel to or from, or presence in, Epstein's planes, Florida, New York, New Mexico and the United States Virgin Islands, according to their filing, as well as documents relating to "all gifts or other things of value" received by Andrew from Epstein or Maxwell "including but not limited to puppets."

Epstein, who pleaded guilty in 2008 to state prostitution charges, was indicted on federal sex trafficking charges in July 2019 and died by suicide in prison a month later.

Maxwell was arrested a year afterward and accused of facilitating Epstein's abuse scheme. A jury convicted her last week on five federal counts, including sex trafficking a minor and conspiracy.

Giuffre was not one of the four women who testified in the trial that they had been abused.