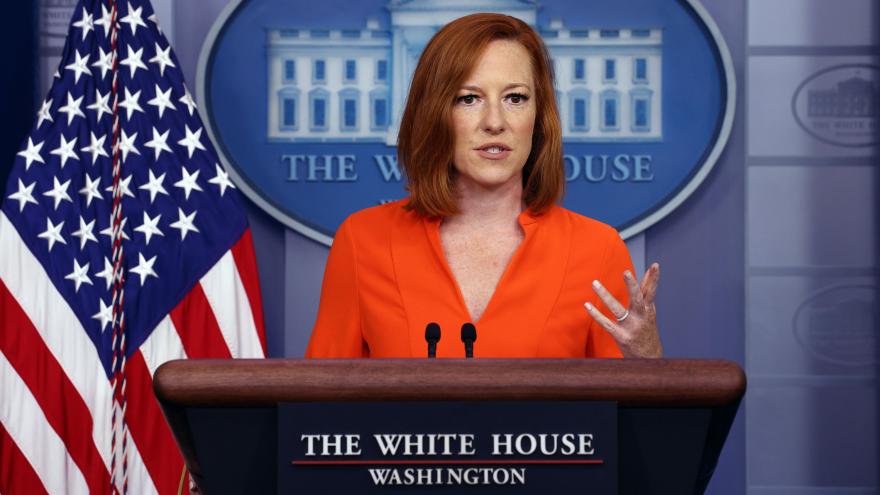 Psaki has not officially signed a contract with the progressive cable news network, but the talks are in the advanced stages, the people said.

Axios, which first broke the news, reported that Psaki will host a show for NBC's streaming platform Peacock. She will also appear on MSNBC's shows.

A White House official declined to confirm Psaki's future plans. But the official said, "Jen is here and working hard every day on behalf of the President to get you the answers to the questions that you have, and that's where her focus is."

It's not clear who will replace Psaki when she does step down. The White House declined to comment on the matter, but deputy press secretary Karine Jean-Pierre will almost certainly be under consideration. White House communications director Kate Bedingfield, who made her debut briefing the press this week, is also a likely contender.

Multiple television networks expressed interest in hiring Psaki, according to one of the people who spoke to CNN.

Psaki, who did not immediately respond to a request for comment, is expected to remain in the press secretary role through the White House Correspondents Association's annual dinner, its first in three years, which is on April 30.

When she makes the move, Psaki will become the second senior White House communications official to depart for MSNBC. Symone Sanders, who was the senior spokesperson for Vice President Kamala Harris, left the White House earlier this year and will begin hosting an MSNBC show on weekends in May.

Psaki has served as press secretary since President Joe Biden first took office in January 2021. In the years prior, she was a CNN political commentator. And before that she worked in the Obama administration as a White House communications director and State Department spokesperson.