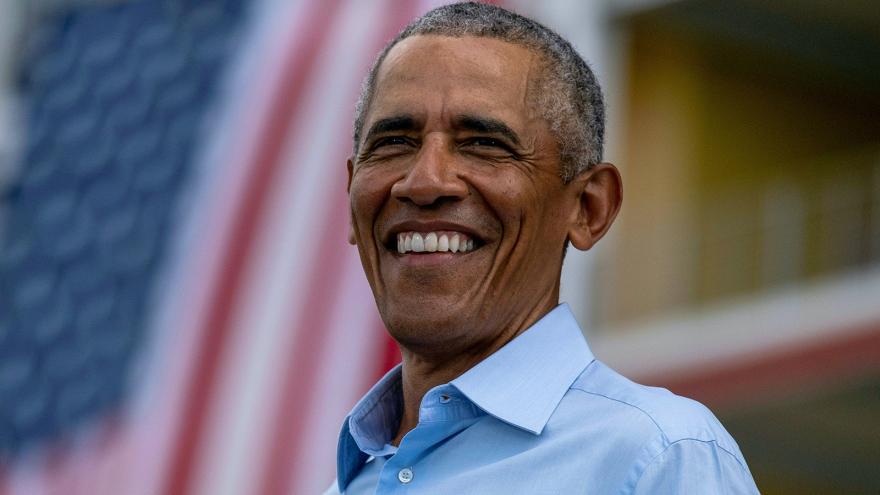 A White House official said Biden, Vice President Kamala Harris and Obama "will deliver remarks celebrating the success of the Affordable Care Act and Medicaid in extending affordable health insurance to millions of Americans as a part of the President's agenda to cut costs for American families."

"The President will take additional action to further strengthen the ACA and save families hundreds of dollars a month on their health care," the official added.

Health and Human Services Secretary Xavier Becerra and other Cabinet members will also attend the event.

NBC was first to report on the Obama appearance.

Since leaving office, the former President has repeatedly touted the Affordable Care Act, which has proven increasingly popular in GOP-led states that have not expanded Medicaid to low-income adults.

The surge in interest comes after the Biden administration and the Democratic-led Congress have pumped more resources into the program, a dramatic shift from the four years under the Trump administration, which deeply slashed funding for marketing and enrollment assistance and cut the sign-up period in half to six weeks.

The Trump administration made significant attempts to dismantle the health care law without success, including during the pandemic; the Supreme Court last year dismissed a challenge to the ACA from Republican-led states and the former Trump administration, leaving it intact. Trump repeatedly said during his term that he would come up with an alternative but never issued any substantive details.

Obama's appearance also comes as the Centers for Medicare and Medicaid Services launches advertising and outreach campaigns to spread the word about a new special enrollment period for low-income Americans who missed signing up for 2022 Affordable Care Act coverage.

The Biden administration has beefed up enrollment assistance, funneling more funds to navigator programs that help people select policies. It is aiming to enroll more of the uninsured in coverage, as well as aid those who lose Medicaid coverage to maintain health insurance after the public health emergency ends.

"We know this has been a tough time for a lot of people and want to make sure the door is always open for them to sign up for coverage," Becerra told CNN last month.