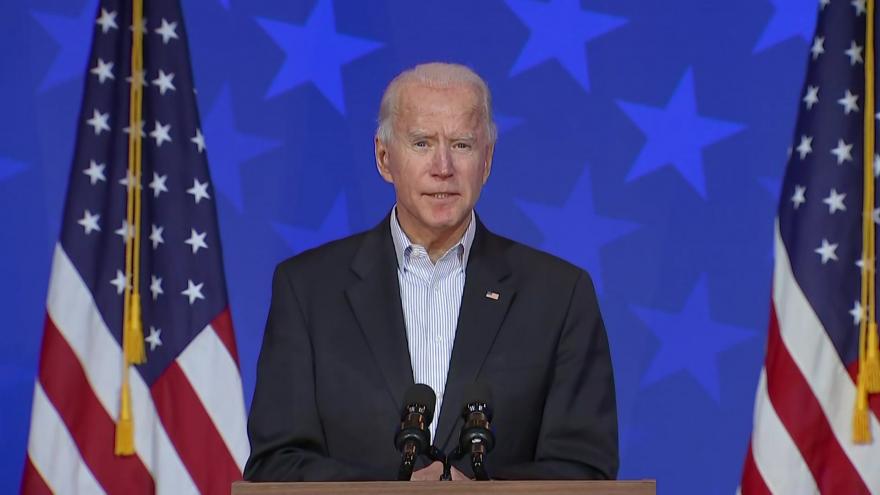 WASHINGTON (AP) -- President-elect Joe Biden says he’s hopeful that Republicans in Congress will be more willing to send money to state and local governments after President Donald Trump leaves office. He’s promising to make such funding a priority when he takes office in January.

Biden suggested Wednesday that Republicans have resisted Democrats’ demand for local funding as part of a pandemic-relief package “because of their fear of retribution from the president.”

Biden says, “Hopefully, when he’s gone, they’ll be more willing to do what they know should be done, has to be done, in order to save the communities they live in.”

The comments came as part of a virtual discussion Biden hosted with front-line health care workers from across the country.

States are facing massive financial shortfalls as a result of lost tax revenue related to the pandemic that may threaten local health care systems, law enforcement and education.

Congressional Democrats and Republicans generally say a new stimulus bill is needed, but they disagree on how much money should go to local governments.