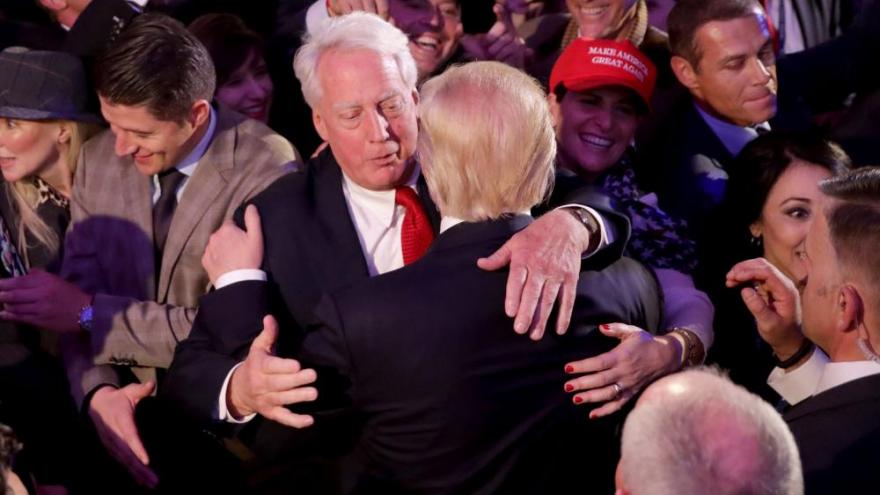 Trump is expected to visit his brother Friday in New York, a source familiar with the matter told CNN.

During a White House briefing on Friday, Trump declined to provide reporters with details on his brother's illness.

"I have a wonderful brother. We have a great relationship for a long time, from day one, so long time ago. And he's in the hospital right now," Trump said when asked what ailed his brother.

Robert Trump was previously hospitalized in the spring with a serious condition.

A senior administration official said Friday that the President "has a very good relationship with his brother and his brother is very special to him."

The news was first reported by ABC News.

Robert Trump was a former top executive at the Trump Organization. He's one of four other siblings to the President, including the late Fred Trump, Jr.

In June, Robert Trump filed a temporary restraining order in an attempt to block the publication of an unflattering tell-all book by Mary Trump, the daughter of Fred Trump.

This story has been updated with additional details from Trump's Friday news briefing.