President Clinton is expected to be discharged Sunday, spokesperson says 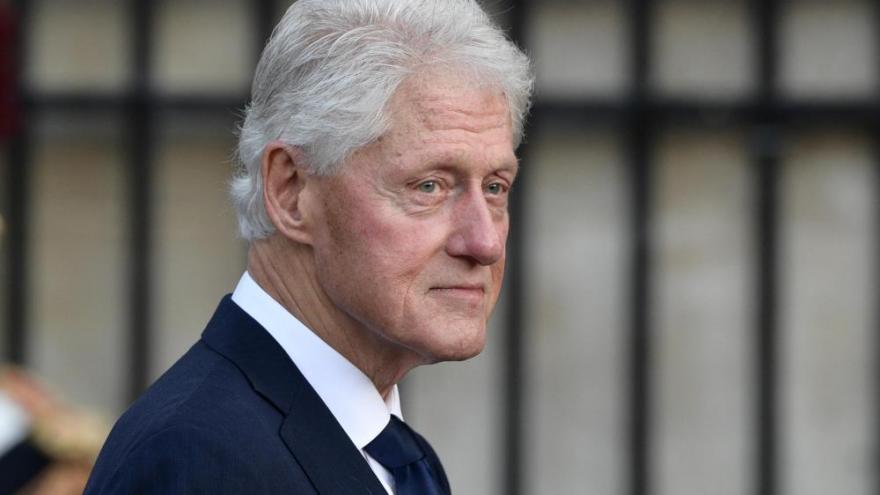 Former President Bill Clinton, pictured here, in Paris on September 30, 2019 will remain at University of California Irvine Medical Center in Orange, California, for at least one more night, and is expected to be discharged, his spokesperson Angel Ureña said in a statement.

(CNN) -- Former President Bill Clinton will remain at University of California Irvine Medical Center in Orange, California, for at least one more night, and is expected to be discharged Sunday, his spokesperson Angel Ureña said in a statement Saturday on Twitter.

Clinton has spent several days in the intensive care unit for a urinary tract infection, which spread to his bloodstream, CNN previously reported.

"He is in great spirits and has been spending time with family, catching up with friends, and watching college football," Ureña noted.

Clinton has been walking around the hospital as he recovers. "He just went for a walk on the floor, and the hospital staff had to ask him to slow down," the source said.

According to a source familiar with the situation, the kind of antibiotic needed to treat Clinton's type of infection has to be administered via IV and not orally, which is why he's remaining in the hospital.

Clinton, who was in California for a private event for his foundation, had been feeling fatigued on Tuesday and was admitted to the hospital after testing, according to his office. Hillary Clinton went to the event on Thursday evening to "represent both of them" and then went to the hospital to be with the former President, a Clinton spokesman told CNN.

The former President's doctors said urological infections are very common in older people, and they are easily treated, although they can quickly spread to the bloodstream.

Clinton, 75, had quadruple bypass heart surgery in 2004 and had two stents inserted to open one artery in 2010. His doctors stressed his current hospitalization is not heart- or Covid-19-related.