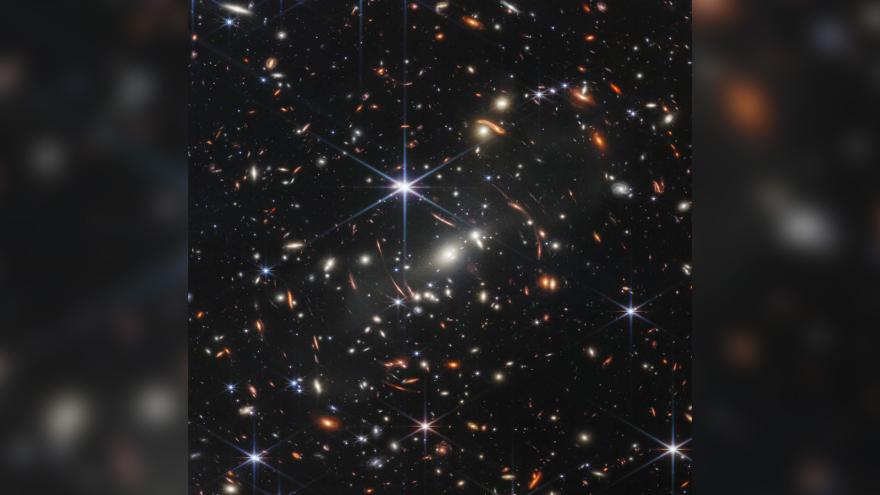 (CNN) -- The first glimpse of how the James Webb Space Telescope will change the way people see the universe has arrived.

President Joe Biden has released one of Webb's first images, and it's the deepest view of the universe ever captured.

The image shows SMACS 0723, where a massive group of galaxy clusters act as a magnifying glass for the objects behind them. Called gravitational lensing, this created Webb's first deep field view of incredibly old and distant, faint galaxies.

The presentation occurred at the White House during a preview event with NASA Administrator Bill Nelson.

"It is the deepest image of our universe that has ever been taken," according to Nelson. 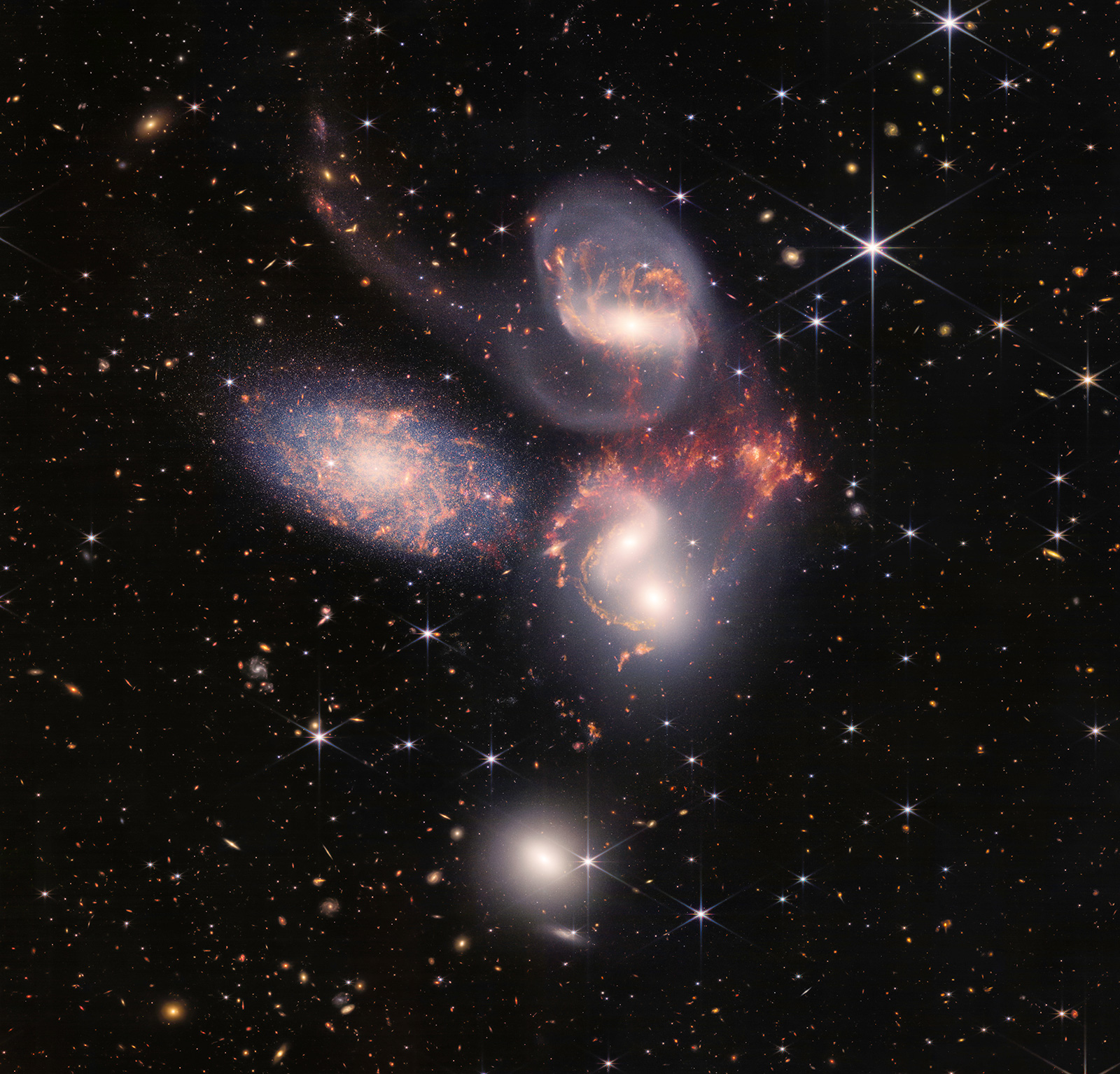 Some of these distant galaxies and star clusters have never been seen before. The galaxy cluster is shown as it appeared 4.6 billion years ago.

"This slice of the vast universe covers a patch of sky approximately the size of a grain of sand held at arm's length by someone on the ground," according to a NASA release.

The image, taken by Webb's Near-Infrared Camera, is composed of images taken at different wavelengths of light over the course of 12.5 hours. The Hubble Space Telescope's deepest fields took weeks to capture.

The rest of the high-resolution color images will make their debut on Tuesday, July 12.

The space observatory, which launched in December, will be able to peer inside the atmospheres of exoplanets and observe some of the first galaxies created after the universe began by viewing them through infrared light, which is invisible to the human eye.

The first image release highlights Webb's science capabilities as well as the ability of its massive golden mirror and science instruments to produce spectacular images.

There are several events taking place during Tuesday's image release, and all of them will stream live on NASA's website.

Opening remarks by NASA leadership and the Webb team will begin Tuesday at 9:45 a.m. ET, followed by an image release broadcast that kicks off at 10:30 a.m. ET. Images will be revealed one by one, and a news conference at 12:30 p.m. ET will offer details about them.

NASA shared Webb's first cosmic targets on Friday, providing a teaser for what else Tuesday's image release will include: the Carina Nebula, WASP-96b, the Southern Ring Nebula and Stephan's Quintet.

Located 7,600 light-years away, the Carina Nebula is a stellar nursery, where stars are born. It is one of the largest and brightest nebulae in the sky and home to many stars much more massive than our sun.

Webb's study of the giant gas planet WASP-96b will be the first full-color spectrum of an exoplanet. The spectrum will include different wavelengths of light that could reveal new information about the planet, such as whether it has an atmosphere. Discovered in 2014, WASP-96b is located 1,150 light-years from Earth. It has half the mass of Jupiter and completes an orbit around its star every 3.4 days.

The Southern Ring Nebula, also called the "Eight-Burst," is 2,000 light-years away from Earth. This large planetary nebula includes an expanding cloud of gas around a dying star.

The space telescope's view of Stephan's Quintet will reveal the way galaxies interact with one another. This compact galaxy group, first discovered in 1787, is located 290 million light-years away in the constellation Pegasus. Four of the five galaxies in the group "are locked in a cosmic dance of repeated close encounters," according to a NASA statement.

The targets were selected by an international committee, including members from NASA, the European Space Agency, the Canadian Space Agency and the Space Telescope Science Institute in Baltimore.

These will be the first of many images to come from Webb, the most powerful telescope ever launched into space. The mission, originally expected to last for 10 years, has enough excess fuel capability to operate for 20 years, according to NASA Deputy Administrator Pam Melroy.

"Webb can see backwards in time just after the big bang by looking for galaxies that are so far away, the light has taken many billions of years to get from those galaxies to ourselves," said Jonathan Gardner, Webb deputy senior project scientist at NASA, during a recent news conference. "Webb is bigger than Hubble so that it can see fainter galaxies that are further away."

The initial goal for the telescope was to see the first stars and galaxies of the universe, essentially watching "the universe turn the lights on for the first time," said Eric Smith, Webb program scientist and NASA Astrophysics Division chief scientist.

Smith has worked on Webb since the project began in the mid-1990s.

"The James Webb Space Telescope will give us a fresh and powerful set of eyes to examine our universe," Smith wrote in an update on NASA's website. "The world is about to be new again." 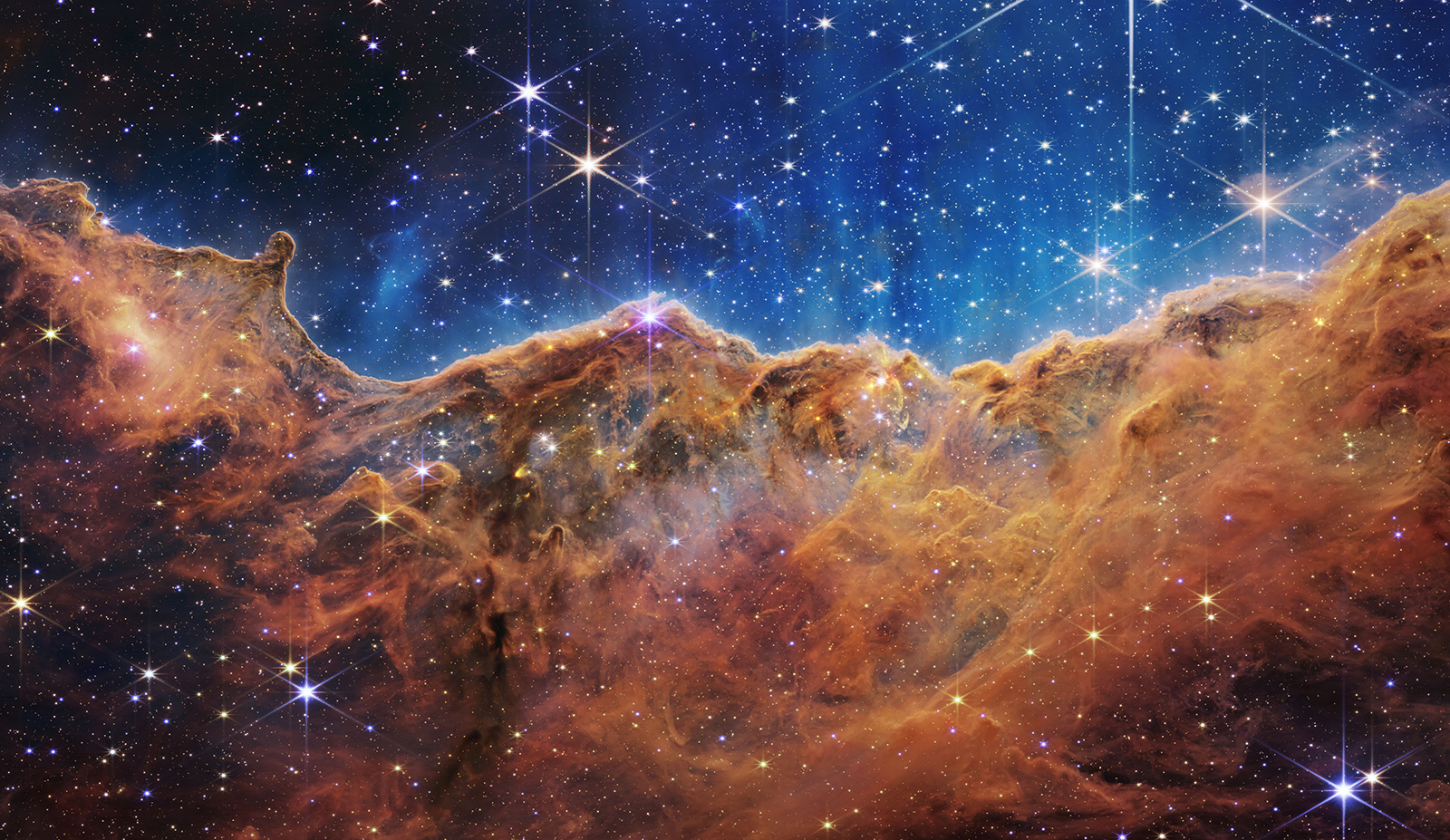 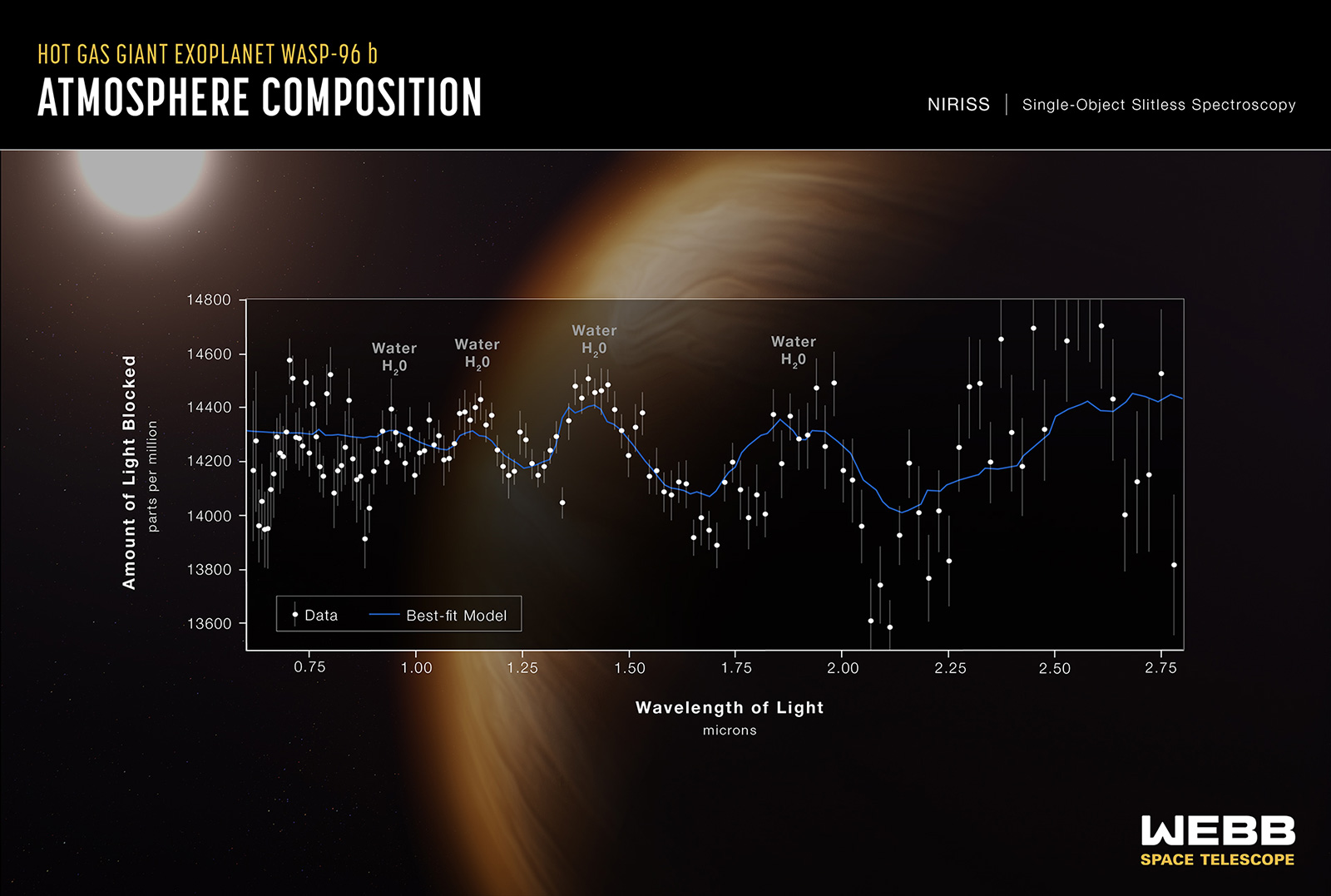