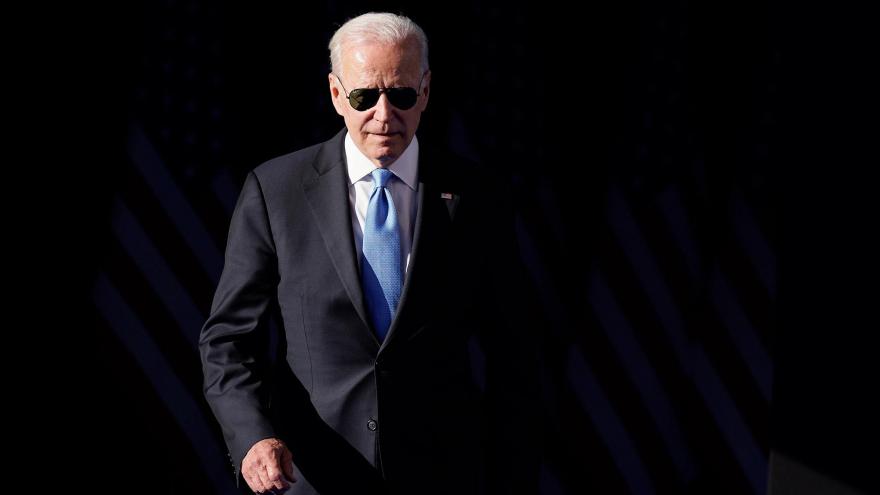 President Joe Biden gifted Russian President Vladimir Putin a pair of custom aviator sunglasses made by Randolph USA during their summit on June 16, according to a White House official.

(CNN) -- President Joe Biden gifted Russian President Vladimir Putin a pair of custom aviator sunglasses made by Randolph USA during their summit on Wednesday, according to a White House official.

The sunglasses are made by an American company that has provided them to the US military and its NATO partners.

Biden also gifted the Russian President a crystal sculpture of an American bison -- the national mammal of the US -- made by Steuben Glass of New York, according to the official.

The gift of aviators with ties to NATO is symbolic and comes on the heels of a summit of the defense alliance in Brussels that Biden attended. During that summit, Biden reaffirmed the US' commitment to the military alliance and urged western allies to better align themselves against Russia and China.

The company, Randolph USA, manufactures its aviators in Massachusetts, the official said. In 1978, the company joined forces with the US military to produce the HGU-4/P Aviator, which was designed for fighter pilots, according to the official.

The crystal sculpture of the American bison represents strength, unity and resilience, the official said. The American bison has been the national mammal of the US since 2016, when President Barack Obama signed the National Bison Legacy Act into law.

According to the official, the sculpture had a cherry wood base in order to symbolize former US President George Washington, as well as a custom engraved inscription plaque to commemorate the meeting between the two leaders.

After their summit in Geneva, Biden said during a news conference that he focused on human rights and obtaining a stable relationship with Russia during their high-stakes talks. Biden emphasized his focus on human rights during the meeting.

Earlier, Putin said at a separate news conference that he had not detected any hostility between the two leaders. The summit ended with a modest agreement to return each country's ambassador to their post, an expected resolution to a summit that tested Biden's decades of experience on the world stage.