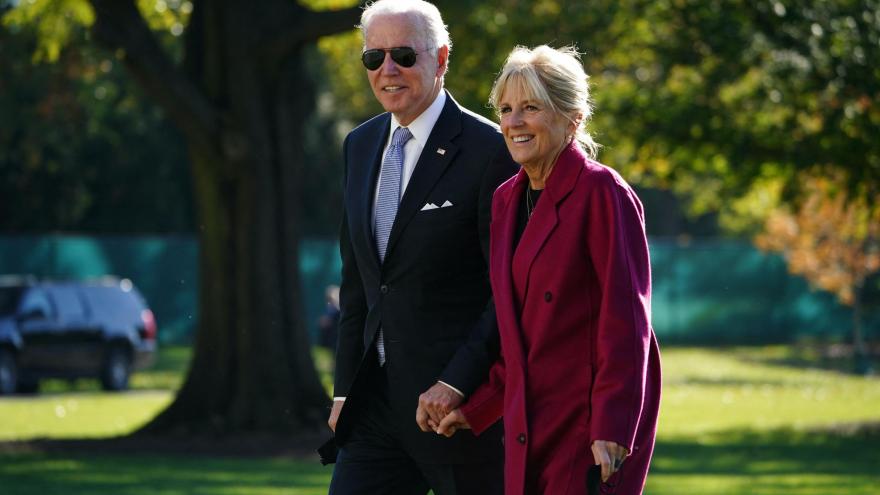 The President and first lady Jill Biden also donated a little more than $17,000 -- or about 2.85% of their income -- to 10 different charities. That's down slightly from 2020, when the Bidens donated about 5% of their income.

Of the various charitable donations, the biggest sum was $5,000, given to the Beau Biden Foundation. Other organizations that the couple gave to include the Tragedy Assistance Program for Survivors, a group that offers support to grieving military families, as well as St. Joseph on the Brandywine, a Catholic church that the Bidens attend in Wilmington, Delaware.

This year the Bidens earned $62,000 in income from two S corporations, CelticCapri Corp. and Giacoppa Corp. According to a White House official, that amount represents royalties from their previous publications, which are received through the corporations created for their speaking and writing engagements.

The Bidens saw a significant drop in income in 2020 -- when Biden ran for president, vacated his post at the University of Pennsylvania and participated in fewer speaking engagements. In 2019, the Bidens reported an adjusted gross income of about $985,000.

By releasing their returns once again, the Biden administration has restored a practice dating back to President Richard Nixon that was interrupted while Donald Trump was in office. Trump declined to release his tax returns, repeatedly claiming he was under audit. According to the IRS, every president and vice president is guaranteed an audit every year since the Watergate era.

"The President has shared a total of 24 years of tax returns with the American public, once again demonstrating his commitment to being transparent with the American people about the finances of the commander in chief," Biden White House officials wrote alongside the release, adding that Harris has now published 18 years of her tax returns.