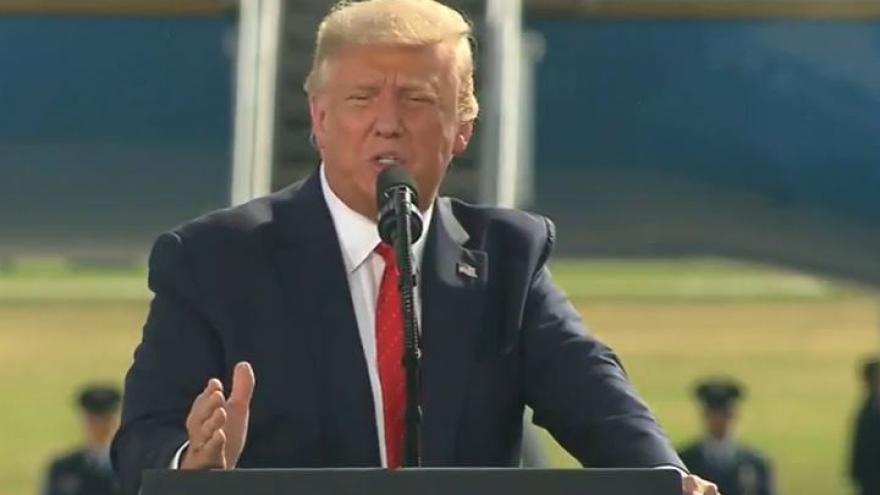 JANESVILLE, Wis. (CBS 58) -- Trump will deliver remarks on supporting law enforcement at an event in Janesville on Saturday, Oct. 17.

The event will begin at 6 p.m. at the Southern Wisconsin Regional Airport, 1130 West Enterprise Drive.

Doors open at 3 p.m. You can click here for general admission.

JANESVILLE, Wis. (AP) — President Donald Trump plans to travel to Janesville on Saturday, two weeks after he canceled a rally for there and Green Bay following his positive coronavirus test.

Trump's campaign on Monday announced a fundraiser for Janesville on Saturday, with donations beginning at $1,000. No other details about public events, either in Janesville or elsewhere in the state, were announced.

Trump was resuming campaign travel on Monday after he was hospitalized and then quarantined at the White House following his positive test.

He was scheduled to hold a rally in Florida on Monday, before coming to battleground Wisconsin over the weekend.