'Preparation, not panic': Top US cyber official asks Americans to look out for Russian hacking efforts 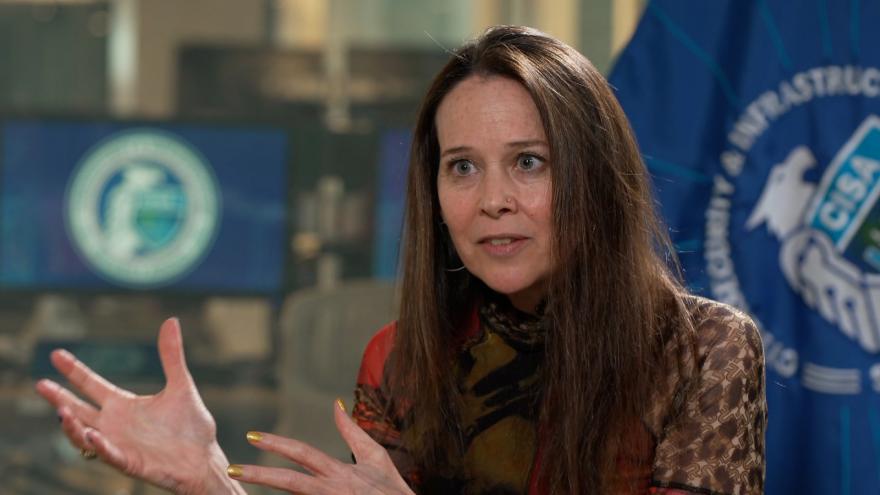 By Sean Lyngaas,(CNN) -- The US government is wary about the possibility of a Russian cyberattack on US critical infrastructure paired with Kremlin attempts to spread disinformation about any incident's effects to sow panic among Americans, a top US cyber official told CNN.

"All businesses, all critical infrastructure owners and operators need to assume that disruptive cyber activity is something that the Russians are thinking about, that are preparing for, that are exploring options, as the President said," Jen Easterly, director of the US Cybersecurity and Infrastructure Security Agency (CISA), said in an exclusive interview with CNN's Pamela Brown.

"That's why we are so focused on making sure that everybody understands the potential for this disruptive cyber activity," Easterly said. "And it's not about panic. It's about preparation."

Easterly pointed to the example of a cybercriminal attack on Colonial Pipeline last year, which shut down delivery of fuel to the East Coast for days and led to Americans hoarding gasoline.

The Biden administration has for months warned that Moscow could respond to US sanctions over Russia's invasion of Ukraine with cyberattacks on US infrastructure — or that ransomware gangs like the one that hit Colonial Pipeline could lash out.

"I think what makes the moment different is just seeing what the Russians have done with this unprovoked invasion of Ukraine and then understanding there can be some very real consequences of that in cyberspace," Easterly told CNN.

Easterly's agency, established in 2018, is charged with advising the owners and operators of power plants, manufacturing facilities and other critical infrastructure on how to defend against such threats.

Agencies like CISA and the departments of Treasury and Energy have in recent months held cyberthreat briefings on Russian hacking capabilities for America's biggest banks and electric utilities.

Many of those critical infrastructure operators have spent years investing in network defense and studying high-profile Russian cyberattacks like one that cut power in Ukraine for a quarter million people.

A month into the war in Ukraine, the Russian military has stumbled and still failed to take the capital of Kyiv.