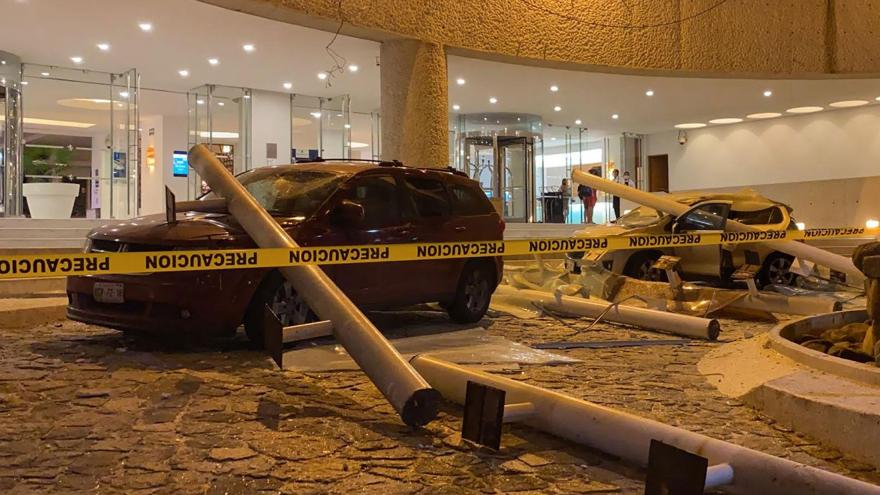 The US tsunami warning system reports there is a threat of a tsunami following the quake, according to the National Oceanic and Atmospheric Administration.

In Mexico City, alarms could be heard shortly before the ground started shaking.

Mayor Claudia Sheinbaum said on her Twitter account that there were no initial reports of major damage in the capital, which is about 231 miles (372 kilometers) from the epicenter. Sheinbaum said that many people had lost electricity and authorities were working to restore power. The city's metro service said in a statement that train service has been resumed after it conducted a protocol review due to the quake.

Earthquakes are not uncommon in Mexico because of its location at the edge of the North American tectonic plate. Two major quakes struck the country in September 2017, and on September 19, 1985, a magnitude-8.0 temblor killed an estimated 9,500 people in and around Mexico City. That quake left a huge scar on the city, resulting in changes in building codes and greater protections against earthquakes.

Please check back for more details on this breaking news story.