Powerball is getting a makeover: New balls and redesigned studio 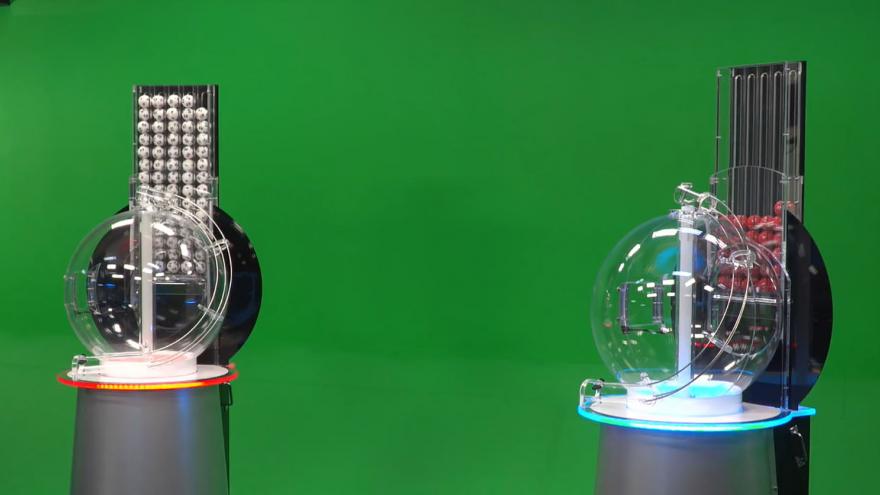 (CNN) -- The Powerball drawing is rolling out a whole new look.

The balls are changing from hard rubber balls to solid foam balls, which Powerball calls the "new industry standard for ball sets." A Powerball spokesperson told CNN Business that the new balls have a life span of 4 to 6 years — slightly longer than the 2 to 4 years that rubber balls typically last.

As for the machines, they will be upgraded versions of the gravity-driven ball dispensers currently in use. Powerball has been using the current model of machines since 2009. The new machine has improved compressed air features and customization to the lighting and base, the spokesperson said.

The 1-minute show, which airs Wednesday and Saturday nights at 10:59 pm ET, will also feature new graphics and music. It's the first time the set has been updated since the show moved to Florida from Iowa in 2012.

Powerball is a nationwide game run by the Multi-State Lottery Association, but is typically drawn and broadcast in Tallahassee. The game has a law enforcement division assigned to oversee and provide security for the drawings.

"Players can be assured that the new drawing equipment has undergone rigorous security screenings and certifications to ensure its integrity," said May Scheve Reardon, a Powerball executive, in a statement.

The redesign has been more than a year in the making, with pandemic posing unspecified challenges, Reardon said.

Covid-19 has been challenging for multi-state lotteries, including Mega Millions and Powerball. Sales for both have reportedly dropped significantly, according to Pew Charitable Trusts.

"People are not getting out of the house as much and when they do, they are reluctant to take the time to pick numbers and hand cash to attendants," according to Pew.

In April, the decrease in sales forced Powerball to slash its starting jackpot in half to $20 million because the pandemic "affected normal consumer behaviors and Powerball game sales."

Powerball is played by charging $2 per ticket and having players chose five white balls between the numbers 1 to 69 and a red Powerball from the numbers 1 to 26. If the player gets all six numbers correct, they win the massive jackpot that's currently sitting at $25 million. The 28-year-old game itself isn't changing. Tickets can be purchased in 45 states.

Some of revenue from purchased tickets fund state programs, like education and emergency responders. However, lotteries have been criticized for using the money to replace, rather than supplement, existing funding for the targeted programs.