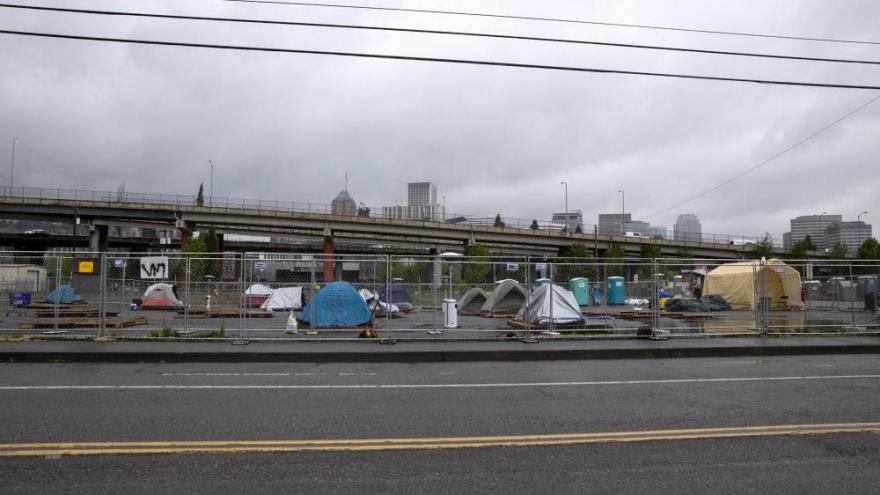 Portland mayor bans homeless encampments near highways over pedestrian deaths. Pictured is a homeless camp in southeast Portland on April 22, 2020.

(CNN) -- The mayor of Oregon's most populous city on Friday banned encampments near highways and high-traffic intersections, saying homeless people comprised the majority of pedestrians who were killed in Portland traffic incidents last year.

Portland Mayor Ted Wheeler's emergency order enacting the ban is set to run at least until the evening of February 18.

The order bans camping of any kind in high-traffic areas. The order's preamble and Wheeler himself, however, focused on homeless people living in tents and other structures.

"We can no longer justify allowing our most vulnerable community members to be exposed to the dangers of camping in freeway and high crash corridors," Wheeler said in printed remarks released by his office Friday.

Multnomah County, where Portland is, says it counted 2,037 people who were homeless and not living in sanctioned shelters or transitional housing within the county on one night in January 2019.

The team will offer people in the camps information about shelter options, the order reads.

"We have continuously witnessed unsanctioned camping in clearly unsafe locations, sometimes jarringly close to reads and freeways. You don't need to be a traffic engineer to sense that's not safe," Wheeler said.