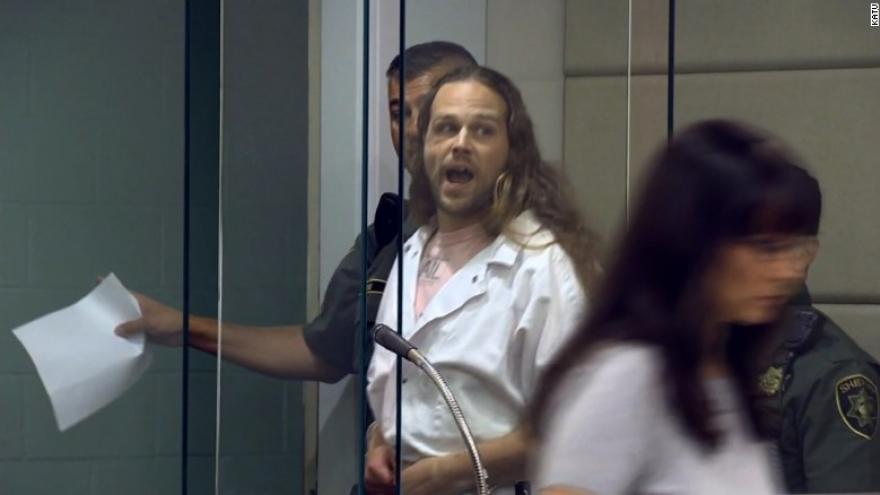 (CNN) -- A man has been convicted of killing two people who confronted him for harassing a Muslim teen and her friend in a Portland, Oregon, train.

The jury will begin considering his sentence Tuesday.

"Our community continues to feel the profound impact from this violent and racist attack that happened more than two years ago," District Attorney Rod Underhill said in the statement.

On May 26, 2017, Christian boarded a MAX light-rail train in Portland and then went on a tirade directed at two African-American teenagers, one of whom was wearing a traditional Muslim hijab.

One of the girls, Destinee Mangum, said he "told us to go back to Saudi Arabia and told us we shouldn't be here."

When Ricky Best, 53, and Taliesin Myrddin Namkai-Meche, 23, tried to defend the girls, he fatally slashed their throats.

Micah Fletcher was stabbed in the neck but survived.