Pope OKs probe into US bishop over sex harassment claims 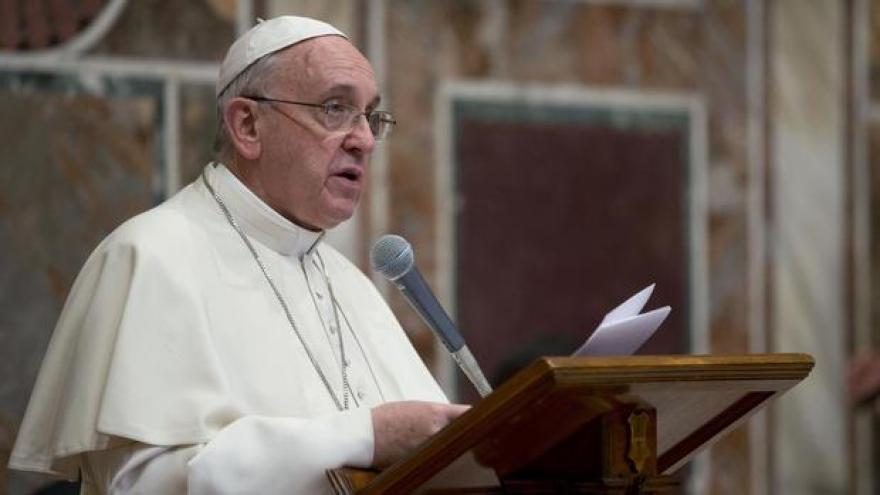 Pope Francis on Thursday accepted the resignation of a West Virginia bishop, Michael Bransfield, and at the same time authorized a fellow bishop to investigate allegations that Bransfield sexually harassed adults, officials said.

Bransfield had been implicated in 2012 in an infamous Philadelphia priestly sex abuse case, but he denied ever abusing anyone and claimed vindication years ago. He continued with his ministry until he offered to retire, as required, when he turned 75 last week.

The Vatican said Francis accepted his resignation Thursday, announcing the decision at the exact moment that the U.S. delegation was arriving at the Apostolic Palace for an emergency meeting with the pope over another scandal involving an ex-U.S. cardinal.

Francis appointed Baltimore Bishop William Lori to take over Bransfield's Wheeling-Charleston diocese temporarily. Lori said in a statement that Francis had also instructed him to "conduct an investigation into allegations of sexual harassment of adults against Bishop Bransfield."

Lori set up a hotline for potential victims to call, and vowed to conduct a thorough investigation.

The revelation was the latest twist in an incredible turn of events in the U.S. that began with the June 20 announcement that one of the most prestigious U.S. cardinals, Theodore McCarrick, had been accused of groping a teen-age altar boy in the 1970s.

Francis removed McCarrick as a cardinal in July after a U.S. church investigation found the allegation credible. After news broke of the investigation, several former seminarians and priests came forward to report that they too had been abused or harassed by McCarrick as adults.

The McCarrick affair -- coupled with revelations in the Pennsylvania grand jury report detailing decades of abuse and cover-up in six dioceses -- has fueled outrage among the rank-and-file faithful who had trusted church leaders to reform themselves after the abuse scandal first erupted in Boston in 2002.

The outrage has also been directed at Francis and the Vatican and has fueled conservative criticism of Francis' pontificate.

The head of the U.S. Conference of Catholic Bishops, Houston Cardinal Daniel DiNardo, had requested the papal audience last month following revelations that McCarrick had risen through church ranks despite allegations of sexual misconduct that were known in U.S. and Vatican circles.

DiNardo requested a full-fledged Vatican investigation into the McCarrick affair, and said he wanted answers to allegations that a string of Vatican officials -- including Francis -- knew of McCarrick's misdeeds since 2000, but turned a blind eye.

The Vatican hasn't responded to allegations by its former ambassador to the U.S., Archbishop Carlo Maria Vigano, that Francis effectively rehabilitated McCarrick from sanctions imposed by Pope Benedict XVI over allegations McCarrick would routinely invite seminarians to his beach house and into his bed.