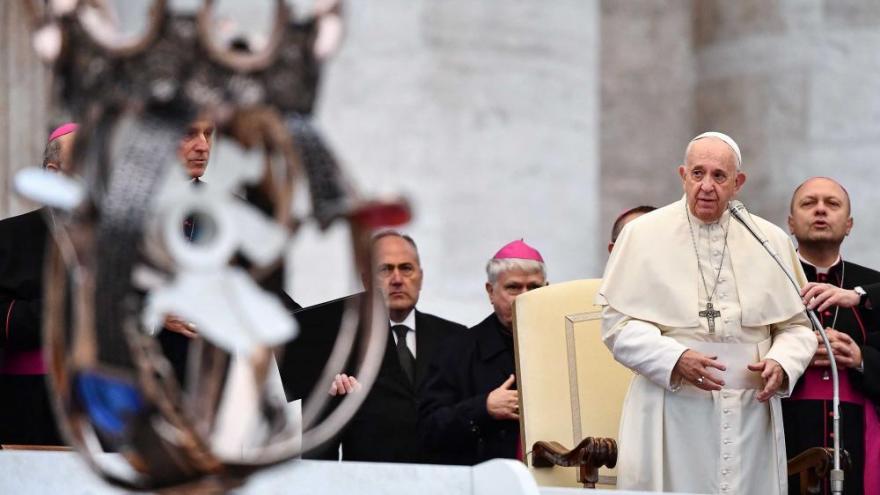 Pope Francis said some of the things he's heard targeting Jews and the LGBTQ community remind him of the days of Adolf Hitler.

(CNN) -- Pope Francis said some of the things he's heard targeting Jews and the LGBTQ community remind him of the days of Adolf Hitler.

The pope made the remarks Friday while speaking to members of the International Association of Penal Law, which is meeting this week in Rome.

"I confess that when I hear some speeches by someone responsible for public order or a government, I am reminded of Hitler's speeches in 1934 and 1936," the pope said. "They are typical actions of Nazism which with its persecutions of Jews, gypsies, people of homosexual orientation, represent a negative model 'par excellence' of a throwaway culture and a culture of hate."

"That's what they did then and today these things are resurfacing," the pope added, calling on his audience "to be vigilant, both in civil and religious society, to avoid any possible compromise...with such degeneration."

His remarks come on the heels of comments regarding anti-Semitism as "neither human or Christian" that he made Wednesday.

The pope did not refer to any specific case or incident, but recently an 89-year-old Auschwitz survivor was placed under police protection after receiving online and offline anti-Semitic threats in Italy, according to local reports.