Pope Francis gradually resuming work and walking after his surgery 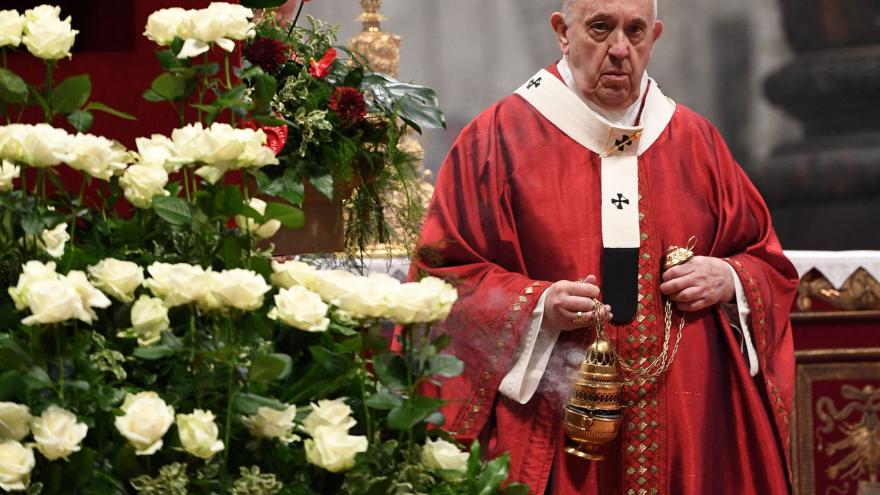 (CNN) -- Pope Francis is gradually resuming work, is walking, his blood tests are "satisfactory" and "he is continuing the prescribed treatment" following last week's surgery, according to a spokesperson for the Holy See on Saturday.

The procedure was "a scheduled surgical intervention for a symptomatic stenotic diverticulitis," according to a statement from the Holy See communications office at the time.

The pope is "gradually resuming work and continues to stroll in the corridor of the apartment," Holy See press office spokesman Matteo Bruni said Saturday, adding that on Friday afternoon the Pope celebrated mass in the private chapel and in the evening he dined with his aides.

Pope Francis will give his weekly Sunday Angelus prayer at 6 a.m. Eastern Time from a window of the Gemelli University Hospital in Rome, where he is currently recovering from post-operative surgery.

Diverticulitis is an inflammation caused when people develop small sacs in the walls of the colon.

The sacs or pouches are called diverticuli. It's usually symptomless, but can cause discomfort and, sometimes, bleeding.

It's a common condition affecting more than half of adults in the United States, according to the US National Institutes of Health, and is more common as people age.