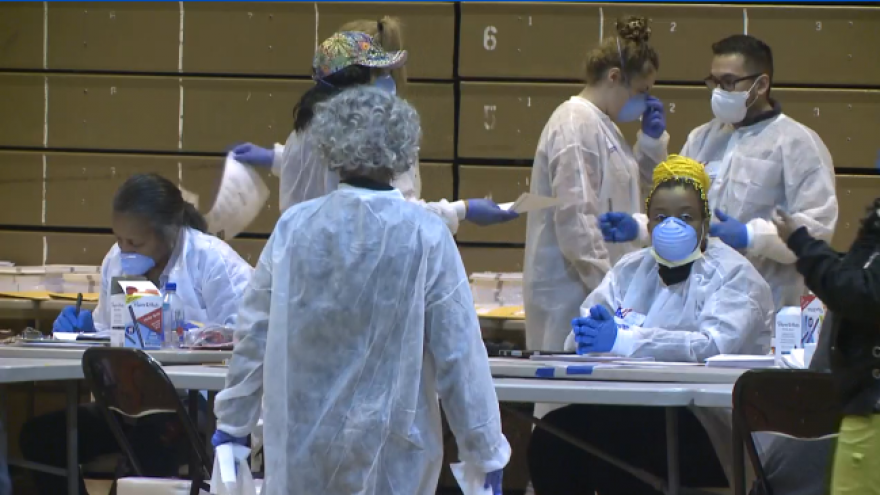 MILWAUKEE (AP) -- The executive director of the city of Milwaukee's election commission says poll workers are the true heroes of the state's decision to move forward with an election.

The city of Milwaukee could only operate five polling sites for Tuesday's primary, down from its usual number of roughly 180, due to the coronavirus. Neil Albrecht, executive director of the city’s election commission, says Tuesday the five sites opened on time or within minutes of on time, and they were sufficiently staffed.

He says there were 80 to 100 poll workers at each site, and about 30 National Guard members at each location. Workers were taking safety precautions.

As of midday Tuesday, turnout had been robust, with most of the sites reporting wait times ranging from 1 1/2 to 2 1/2 hours. Lines stretched for several blocks as workers maintained social distancing between voters.

Albrecht called the wait times unfortunate. He also said the election has been filled with injustices.

Among them, his office has gotten numerous calls from people who requested an absentee ballot but didn't get one. He said for those people, their only option was to vote in person. He says because of the decision by the Legislature and the courts to move forward with an election, some members of the public who have voted consistently for 40 years or more are now faced with making a decision to skip the election and not cast a ballot.