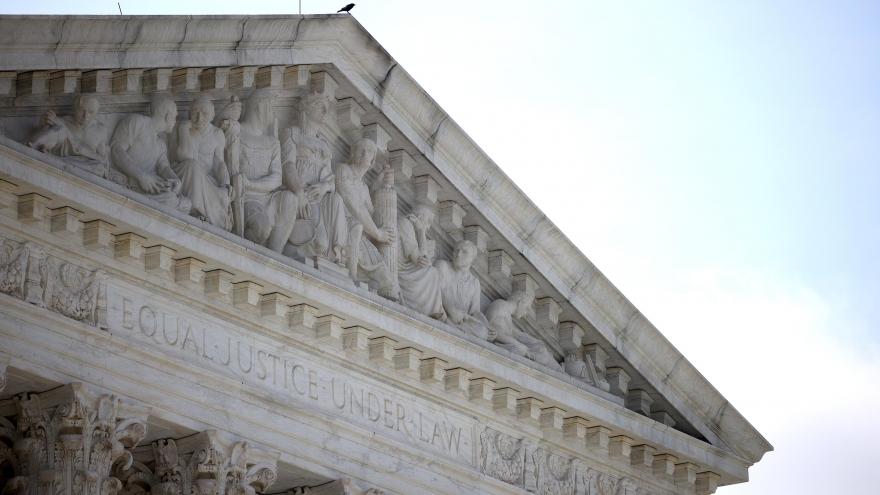 (CNN) -- The Supreme Court on Wednesday said that unless there is an emergency, police must evaluate on a case-by-case basis whether officers need a warrant before pursuing an individual suspected of committing a minor offense into his or her home.

Justice Elena Kagan wrote the opinion. The justices were unanimous in the result but differed on the reasoning.

"A great many misdemeanor pursuits involve exigencies allowing warrantless entry," Kagan wrote, but added, "whether a given one does so turns on the particular facts of the case." She said an officer must consider all the circumstances to determine whether there is an emergency.

"On many occasions, the officer will have good reason to enter -- to prevent imminent harms of violence, destruction of evidence, or escape from the home. But when the officer has time to get a warrant, he must do so -- even though the misdemeanant fled," she wrote.

A lower court decision had held that no warrant was ever required in such a circumstance.

Kagan sent a case concerning a California man who said his rights were violated when an officer followed him into his garage for a suspected minor infraction back to the lower court for further review in light of the new opinion.

"Because the California Court of Appeal applied the categorical rule we reject today, we vacate its judgment and remand the case for further proceedings not inconsistent with this opinion."

In general, law enforcement must obtain a warrant before entering a person's home, although the court has held that under certain exigent circumstances a warrant is not required. If, for example, an officer is in "hot pursuit" of a driver or if emergency aid is needed, a warrant is not always necessary.

The case at hand explored whether a categorical exception to a warrant holds up if the officer thinks the individual he is following committed a less serious offense: a misdemeanor. It's the first time the justices have looked at the scope of the "hot pursuit" doctrine when it comes to a minor violation.

In 2016, a highway patrolman saw a car playing loud music and honking its horn for no reason. The officer, Aaron Weikert, followed the car that was being driven by Arthur Lange, believing he may have committed a noise infraction. As he pulled into his driveway, Weikert activated his lights, but Lange did not stop, and instead pulled into his own garage and attempted to shut the door.

Weikert put his foot in front of the garage door sensor, forced the door to reopen and entered the garage, pursuing Lange for failing to stop when the police lights flashed. The officer questioned Lange about his actions, and seeing signs that Lange was intoxicated, ordered a sobriety test. Lange was later charged with driving while intoxicated and his lawyers moved to suppress the evidence against him.

In court, Lange's lawyer, Jeffrey Fisher, told the justices that the lower court decision was wrong because "the governmental interest in investigating minor offenses is not always or even usually strong enough to support home entries unsanctioned by judicial officers." He said that only "concrete" emergencies allow a warrantless entry. Otherwise, police have the option of knocking on the door.

In an unusual twist, California did not defend the lower court decision. Instead, California Deputy Solicitor General Sam Harbourt told the justices that a categorical rule requiring a warrant for misdemeanor offenses should not apply.

Chief Justice John Roberts and Justice Samuel Alito agreed with the result in the case but differed in the reasoning because they said the majority relied too much on the type of the offense committed by the suspect and not upon the fact that the suspect was in flight from law enforcement.

"It is the flight, not the underlying offense," that has always been understood to justify a rule that allows police to enter a premises without a warrant when they are "in hot pursuit of a fleeing suspect," Roberts wrote.

Roberts said he feared that if an officer has to take the time to conduct a case-by-case analysis, "the assailant has probably gone out the back door or down the fire escape and is blocks away, with the officer unable to give a useful description -- except for how he looks from behind."

This story has been updated with additional details from the opinion.