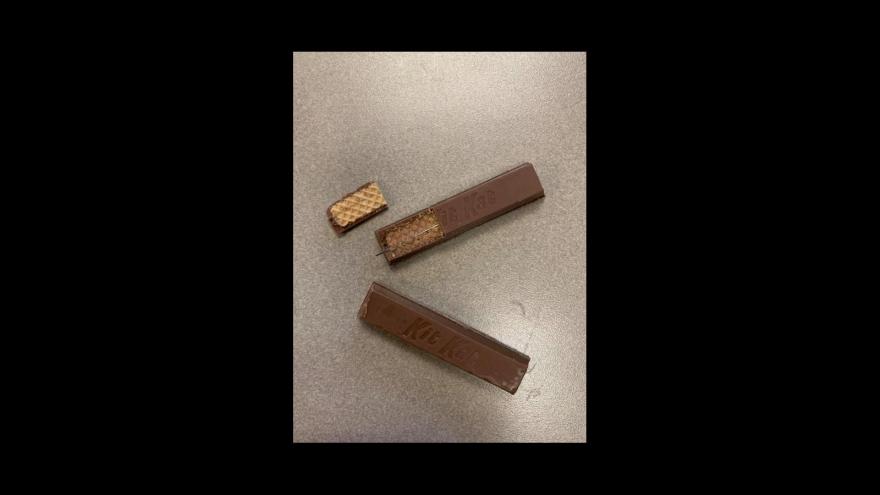 Police in Ohio say they're disturbed after two sewing needles were found in Halloween candy.

(CNN) -- Police in Ohio say they're disturbed after two sewing needles were found in Halloween candy.

The candy was found to be tampered with after a citywide trick-or-treat Saturday night, Fostoria Police said in a statement Sunday.

"Although we only are aware of 2 pieces of candy being involved, we take this seriously and are appalled that anyone would be so demented as to want to hurt children in our community," Chief Keith Loreno said.

Police said it's unclear on which street the child got the candy, but they are cautioning everyone to check their child's bags.

In images of the tainted candy shared by police, part of a Kit Kat bar is broken off, revealing a needle inside. Another image shows a bag of Sour Patch Kids with a small hole on the side.

Fostoria Police called the find "disturbing" in a Facebook post, and they are looking for whoever is responsible.

Even though events like this are scary, University of Delaware professor Joel Best, who has been tracking tampered Halloween candy since 1958, told CNN it's not common.

"I can find no evidence that any child has ever been killed or seriously injured by a contaminated treat picked up in the course of trick-or-treating," Best said.