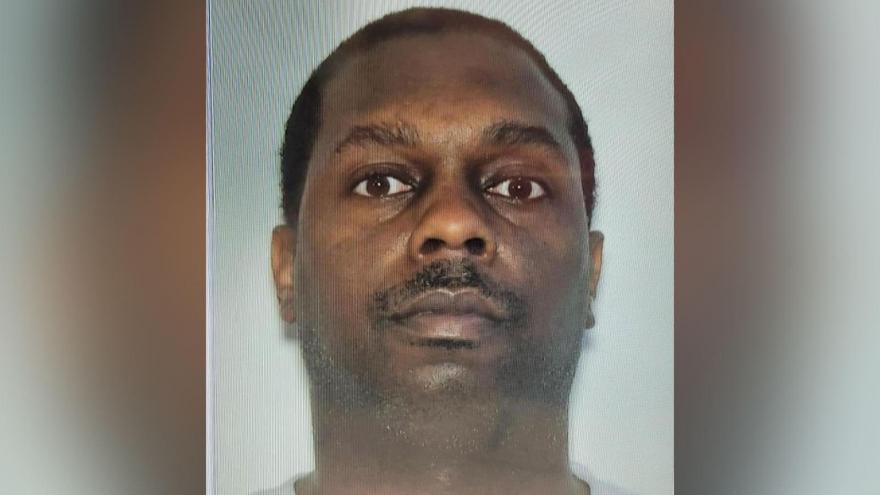 Authorities are searching for Kenny Wells who escaped an Atlanta airport security checkpoint after a weapon was discharged, frightening travelers and temporarily grounding flights at one of world's busiest airports the weekend before Thanksgiving.

(CNN) -- Authorities are searching for the man who escaped an Atlanta airport security checkpoint after a weapon was discharged Saturday, frightening travelers and temporarily grounding flights at one of world's busiest airports the weekend before Thanksgiving.

Officials believe the weapon that was discharged at Hartsfield-Jackson Atlanta International Airport was in a bag belonging to Kenny Wells, a passenger who, police say, ran away with the weapon in hand.

Wells, 42, is wanted on warrants accusing him of carrying a concealed a weapon at a commercial airport, possession of a firearm by a convicted felon, discharging a firearm and reckless conduct, Atlanta Police Department Airport Precinct Commander Reginald L. Moorman said.

"We are actively pursuing this individual," Moorman added.

It is illegal for people to take firearms through security checkpoints at airports in the US, according to Page Pate, a Georgia criminal defense attorney and constitutional lawyer.

In the first 10 months of this year, the Transportation Security Administration (TSA) intercepted 4,650 firearms -- a majority of which were loaded -- at security checkpoints, surpassing the full-year record of 4,432 set in 2019.

At the Atlanta airport, 450 firearms have been detected at checkpoints so far this year, the TSA said Saturday.

Saturday's incident unfolded around 1:30 p.m., when the passenger's property was flagged for a "secondary search" after the X-ray screening at the security checkpoint detected a "prohibited item," Robert Spinden, the TSA's federal security director for Georgia, said during a news conference.

"During that secondary search, the passenger lunged into his property, grabbing a firearm that was located inside, which ultimately discharged," Spinden said. "The passenger then fled the security checkpoint through an adjacent exit lane with his firearm."

"We're fortunate that when the firearm went off, nobody was seriously injured," Spinden said.

The incident left three people with non-life-threatening injuries, TSA officials said. A source familiar with the matter told CNN those injured were not shot; they were hurt while the airport was evacuated. The firearm was discharged into the property of the person who brought the weapon, the source said.

All the injured were adults, two of whom were taken to the hospital, according to the source.

Airport spokesperson Andrew Gobeil characterized the discharge as accidental, adding the loud noise created a "sense of chaos." The investigation into what happened is ongoing, he said.

The scare came a day after TSA screened more than 2.2 million airport travelers across the country on Friday -- the highest checkpoint volume for a single day since the Covid-19 pandemic began, an agency spokesperson said.

Video from inside the airport and eyewitness accounts illustrate the confusion and fear that was unleashed.

In one video posted by Stepho? Stafford, line dividers are knocked down as people are lying on the ground in an apparent attempt to seek cover as someone is heard shouting, "Get down." Stafford said he was about to go through security with his child.

Another video shared on Twitter by Ha?met Asilkan from outside the airport shows many people running in a frenzy as someone is heard yelling for people to run.

Dianne Callahan was traveling with her son and had boarded her flight to New York. She said she heard screams outside of the plane when the crew closed the door. She also heard sirens, Callahan said, and didn't know what was going on.

"It was an extremely tense situation," she said. "People were pushing to get on the plane that were not even on our flight. That's how scared they were."

Callahan and her son were then sent to go back through security, she said.