Police search for a missing exotic cat has a happy ending 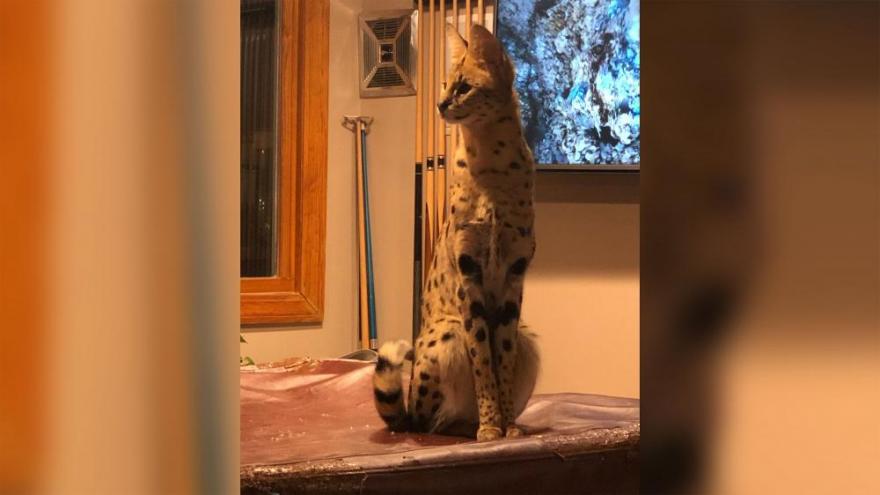 Spartacus, a 4-year-old African Serval, went missing for over 48 hours.

(CNN) -- A 40-pound African cat was reunited with its owners in New Hampshire after being reported missing for over 48 hours.

Police entrusted the public's help to find the cat, which is legally owned, and noted that the breed could be skittish around strangers.

Neighbor Lenny Warner told CNN affiliate WHDH that he saw the exotic cat nearby on Thursday but didn't realize one was missing.

"I mean this thing was pretty big and it was moving. Quicker than a regular cat, you know," he told WHDH. "I knew it wasn't a house cat. I thought it was a bobcat but it was kind of light, too light for it."

Police announced on Facebook that Spartacus was captured on Saturday near its home and has been reunited with his owners. They did not give any details about how they trapped the cat.